“My soup is always hot…”

You and I know that Due North, the fictional slavery-based romantic drama in the world of Insecure, is trash television. The innuendos have no subtlety, the action is corny, niggas is weird, and moments of tension are beyond over-the-top. 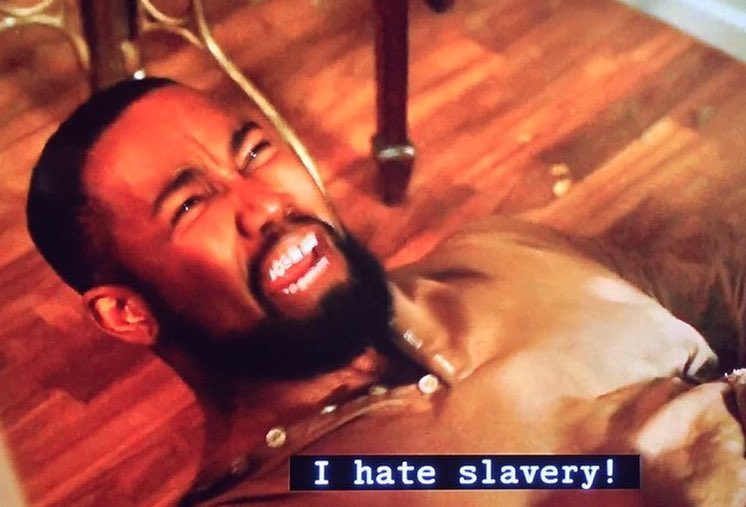 AND THAT’S WHY WE LOVE IT.

Due North is messy, the power dynamics are criminally fucked up, and it’s all redeemed by a few outrageous lines from the show’s most ridiculous characters. Y’know, this show is starting to sound like something really popular that I’ve been watching as of late…

It’s no wonder everyone in the world of Insecure—from Tasha on her Netflix-and-chill night with Lawrence, to Issa, Yvonne, and Kelli in Issa’s barren apartment—is obsessed with Due North. They’re watching themselves! What keeps them from over-identifying with the show is the antebellum South setting, but don’t tell me you can’t see all of Insecure‘s endearingly sloppy main characters reflected in Due North:

The battles that Molly, Lawrence, and Issa fight at their very different jobs give you realistic looks at 2017-style racism. Nightlife settings vary greatly from expensive dinner soirées to sweaty twerk fests. Also, the social class statuses of main and recurring characters are shown in a believably wide range: we get a high-end lawyer, a college-educated app developer, a broke K-12 educator, a genuinely bougie lightskinned couple, a grinding artist who thankfully isn’t just a rapper, a Blood with children in the ‘jects, and regular paycheck-to-paycheck niggas. Given this complex representation of Black folk, Insecure still manages to reel everyone in with the shared struggle of young adults caught between chasing the finest pieces of ass and building toward a monogamous fairytale.

The world of Insecure is expanding in a beautiful way. Drama between the main characters still drives the series forward, but the writers have quickly grown the show into a colorful exposé on young adult Black American life. There’s room for all kinds of Black folk, a show that doesn’t force Black viewers into identifying with a stereotype while still giving us enough of a common narrative to rally around together.

In the same way these vastly different Black people aaall fuck with Due North, you vastly different readers of this piece aaaall fuck with Insecure. In a world where Black life is usually depicted as corrupted, gone, or picture-fucking-perfect, it’s nice to watch an entire show with relatable, intelligent, and gloriously messy Black folk taking on the world—or coping with it—in the same ways we do.