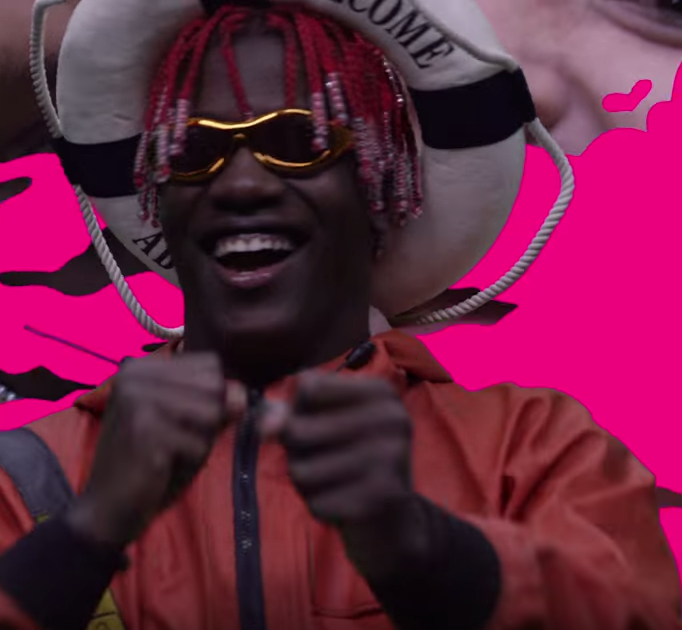 Music videos in hip-hop tend not to be the most artistic. But it doesn’t mean we can’t have higher standards.

Too many times I’ve gotten excited about the release of a music video for a joint I like, only to be disappointed in the artist walking at the camera in a couple of uninspiring settings.

Good hip-hop tracks are full of vivid imagery and personality, which makes lame music videos especially disappointing in a genre that has so much visual potential.

Ideally a song’s music video serves as either its visual manifestation, another layer to the song’s story, or a guide in helping your eyes understand what your ears already know.

Looking back on my experiences with music videos, at least one of those ideals was accomplished in every video that I considered quality. Peep these examples:

Hip-hop music videos have never really been expected to do anything aside from promote the singles they are made for. However, younger artists in today’s game are changing that expectation.

Music videos are now much more than promotional tools. Videos are being made for less popular album/mixtape cuts, and sometimes are the medium for which a song is first released.

YouTube has a lot do with this trend since it’s an effective hybrid of music streaming site and video hub. Despite complaints from industry executives, YouTube has done a lot for hip-hop artists looking to make more unique entrances into the music business.

Along with the amount of video integration in social media, it is no surprise to see up-and-coming hip-hop artists invest more in their visuals than artists of the past.

There is a lot to be said about the visuals of hip-hop’s leading innovators today. But instead of drooling over the visuals of Kendrick, Kanye, and other large figures, this piece will serve to highlight several younger artists and their visual creativity.

SAFE, like a slew of other fresh-faced Toronto artists bursting onto the scene, makes the most out of his side of town in the video for ‘Feel’. The casual shots of his friends and surroundings quickly immerse you in his world before he launches into a moody late-night reflection.

The cut scene at 2:21 is super clean, among other things. It is extremely vivid, an effective break from riding around the car and watching him smoke. It also adds new color to the lyrics that come right before and right after the scene. Though the song is subdued, the video brings a lot of its subtleties to life.

Someone I wouldn’t have heard about without YouTube suggestions.

I love visuals that look like how the song sounds. This is one of those visuals.

Between classic Trap themes and a daytime Nickelodeon innocence sits Lil Yachty’s music. A comedic sketch about ambiguous sexual relationships put a lot of people onto this song, and the actual music video has made a lot of people hop onto Lil Boat.

Like Yachty’s personality, the video is playful, colorful, and Vine-ready. Say what you want about the song, but he did it justice with this very unique video.

Another T.O artist with a nice eye. ‘Diego’ finds Tory Lanez flexing in grandeur in the midst of a low-income neighborhood in the beginning, emphasizing the boasts he makes throughout the song. After a bit of a lull, he swaps the all-white fit and the old-school Rolls Royce for a calmer, more realistic flexing session with his friends in contemporary street clothes and a Beamer.

His A1 dope boy look was phenomenal and brought the line “I’m the new Tony Montana, nigga,” to life when it could have easily been cliché. He also has a few cut scenes that involve women, much like SAFE’s ‘Feel’ video. They don’t add as much to this video as the scene in ‘Feel’ does, but it is still executed well.

The way scenes were set up, including the spoken intro at the beginning, is brilliant throughout. The video creates tensions that you might not have felt if you simply heard the song, and all of the images are crazy sharp.

Between this and ‘Beat My Meat’, it’s safe to say Ugly God’s musical persona was godfathered by Lil B, and further encouraged by similarly goofy artists like ILoveMakonnen.

Whatever you think about his musical ability, there’s no denying the presentation here.

Beginning with a much funnier version of a drug-related murder plot, you’re being ordered by the video to put your guard down and start laughing. Who is this mysterious gay nigga “El Dio Feo” they want to kill?

I don’t think there’s a better way to summarize what an artist named Ugly God is about. The video adds layers of personality that might have flown under the radar after listening to the largely monotone track.

Again, like SAFE and Yachty, a recording artist I was first exposed to through video rather than simply audio.

Despite lingering issues of originality in hip-hop, it’s hard to deny the ability of newer artists to craft unique images for themselves so quickly. Music videos have become one of the greatest tools for that job.

Between Ugly God and Tory Lanez, hip-hop’s latest generation is wildly diverse. But hip-hop’s visual element is becoming more important to all artists.

A lot of time is spent comparing today’s hip-hop culture to its past. Sometimes, it’s a shame. Developments such as the evolution of the music video shouldn’t have to wait for acknowledgement until people want to get nostalgic.