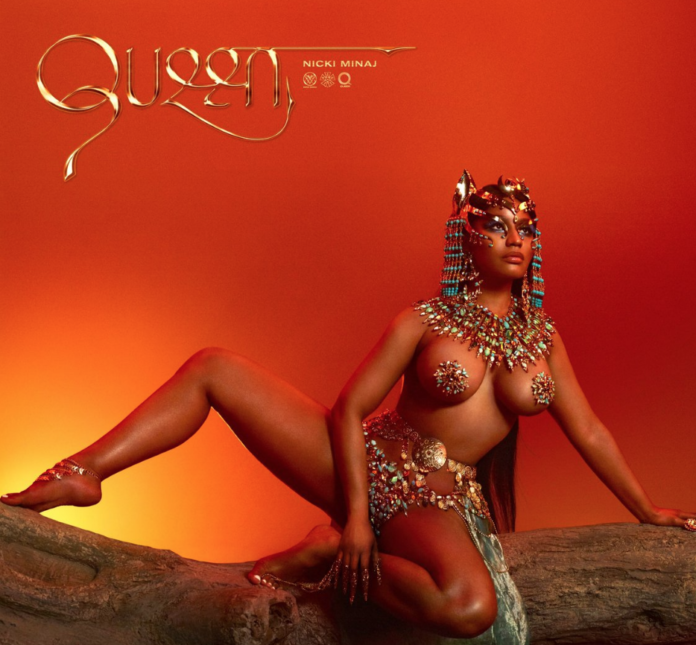 It doesn’t take much for the jokes to fly on Twitter. And when someone as big as Nicki Minaj starts ranting and naming names, most of the discussion becomes just that, jokes.

damn Nicki Minaj.. first you mad cus Cardi B ain’t wanna “bow down” to you, then you was out tryna kill niggas, then you outchea dissin folks and going on rants to get ya ratings up, now you blaming a 5 month old baby as the reason why ya album flopped… damn bruh 💀 pic.twitter.com/3Y4eZ7h4PZ

But however you feel about her, she’s too important to simply scoff at.

When we see Nicki Minaj give us her explanation as to why Queen didn’t go #1 on the Billboard 200, perhaps she deserves a more complex reaction.

On one hand, she’s been an industry titan for roughly a decade yet receives more backlash for her crossover appeal than a very similar, very male label mate of hers. We talk about the Drake effect but fail to acknowledge how impactful a Nicki feature has been since 2010 (45 Billboard Hot 100-charted singles, 21 of them platinum). With all respect to past female greats in hip-hop, when has a woman garnered that much attention as a rapper for that long? That includes the past year with unavoidable tracks such as “Rake It Up”, “Motorsport”, “The Way Life Goes (Remix)”, and “Chun Li”.

Doesn’t someone like that deserve to have her face thrown on a few more playlist thumbnails on Spotify? All those verses, all that longevity, just to go #2 on her 4th album?

On the other hand, Nicki simply isn’t the person of the moment. And perhaps she thought her sustained excellence and solid 2018 output has earned her the right to seize our attention at any given time. Whether or not she deserves it based on her track record, Queen was never going to be the talk of the town the way Astroworld and Sweetener have been this month. And while that sucks for Nicki, it’s just the way it is.

Ultimately, what frustrates me about our collective clowning of Nicki Minaj is this: American music fans (especially hip-hop fans) respect commercial success as much, if not more, than critical success. And now we’re upset with a female artist for caring so much about numbers. Nicki has bossed the corrupted game of attention for ages, and the minute she gives us an underwhelming performance, we pounce on her. It’s cruel, and it’s hard to figure out where the blame should go: the industry for rewarding numbers by any means, artists and labels for playing along, or fans for buying into this bullshit.

I wish I could sit down and really investigate the algorithms of pop music success right now. I wish I could give you the science behind why we LOVE Cardi B today but could very well despise her just one year later. But all I can do is ask you to ask yourself some questions: why are we putting it all on Nicki? Why do we find her obsession with numbers gross when it’s the only form of artistic validation we’ve accepted from her (or any women in music, for that matter)? When we hear about Nicki giving out “Ho Nigga of the Week” to Travis Scott and dragging his daughter into this beef, is it fair that our frustration stops with Nicki?

This isn’t Nicki Minaj’s classiest moment. And it’s a damn shame she feels the need to go after her peers in order to feel better about her recent struggles. But we’ve built her up to be the Queen, so we can’t be surprised she’s throwing a fit about Queen not having Queen-like numbers. It’s unfair to turn yesterday’s praise of her ambition, work ethic, and branding into today’s dragging of her obsessiveness, egomania, and fakeness.

P.S. Umm, Nicki has a collaboration with K-Pop group BTS? Perhaps we’ve given her the L prematurely….