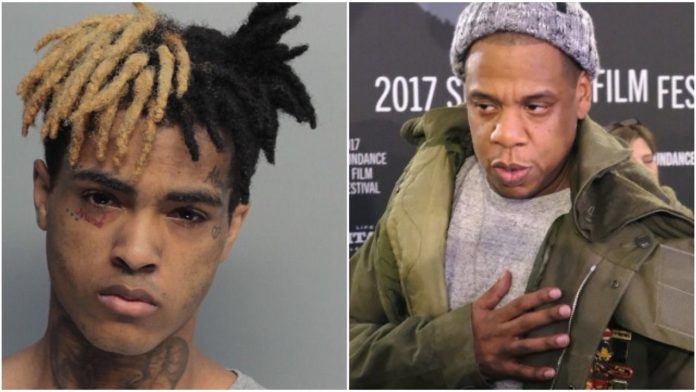 Read ‘I Want To Support XXXTentacion, But Should I?’ here.

Making music can change an artist for the better. Music got Jay Z into clean-money entrepreneurship. Jay and Beyoncé worked through their marriage issues largely through the creative processes of their recent albums. Kanye reckoned with the worst parts of himself on My Beautiful Dark Twisted Fantasy and was (sorta) accepted back into the limelight. Gucci Mane’s commitment to his artistic legacy and his fans was a huge factor in the spectacular makeover of his career and personal health.

Real talk though, he went from this:

Yes ma’am
No ma’am
Excuse me
Thank you
Please
I appreciate it
Respect goes along way!
Manners are priceless 💰💰💰

Guess which version of Gucci has RIAA plaques and a feature on a chart-topping single?

As much as commercial success played a part in the betterment of these artists’ lives, they had something in common that not all artists with a weight on their chest have: self-honesty. If Jay didn’t admit he was prone to toxic masculine behaviors as a result of how he grew up, he’d never grow past being the guy who shot his brother over a chain, stabbed Un Rivera, and cheated on motherfucking Beyoncé. If ‘Ye didn’t admit fame and perfectionism drove him mad, he wouldn’t have allowed the rap game to take a backseat to his family and passion for the clothing industry. If Gucci didn’t admit drug addiction was killing him, he’d still be an erratic, violent man too busy moving in and out of jail to take his career to the next level.

Music helps people beat the bad parts of themselves only if they’re honest about what the bad parts of themselves are. But when music is used to hide a person’s worst self, it only validates the worst self. It’s self-destructive and extremely irresponsible in an age where the content of a public figure’s personal life means more to their image than the content put out.

Chris Brown continues to hide behind his pop success almost a decade after his violent episode with Rihanna. He’s one of the ten most streamed artists in the United States despite his legal problems, hyper-sexualized image, and years-long harassment of Karrueche Tran. He even shouted her name out in the ‘Back To Sleep’ remix more than a year after their latest breakup along with other stalker-like behaviors he exhibited toward her on social media.

Mark Morrison, a contender for most infamous one-hit wonder with the single ‘Return of the Mack’, thought shit was sweet once his song blew up. Instead of taking it as a sign to firmly grasp his chance at a music career, he used it as an excuse to indulge in the heaviest drinking and drug use of his life, leading to a long string of arrests and charges that he never recovered from.

R. Kelly…do I really have to explain myself?

One key difference between those troubled male artists and XXXTentacion is that they’ve all had time to become adults. Given years to confront their issues, these men chose time and time again to hide behind their stardom instead of use it as a reason to better themselves. X’s youth gives him an opportunity to use the wild buzz surrounding him for something better. An argument can be made that he’s doing so with his shocking new video for ‘Look At Me’/’Riot’.

That being said, X has done nothing to indicate he’s ready to be honest with himself or his fans. He’s as good as guilty of his domestic violence charges after Pitchfork released the damning 142-page transcript of his victim’s interview with a public defender. The refutation from him and his fans of the truth of this case more than negates the value of his recent album 17.

If it’s a plus that X is being open and vulnerable about the effects of his mental health, it is a much bigger minus that he’s framing himself as the only victim of it. X expresses many dark, sad thoughts and feelings about love and his ex-girlfriend in 17, but no accountability for allowing those thoughts and feelings to manifest into the gruesome pattern of violence detailed in his victim’s testimony. 17 contains a complete admission of how fucked up X is, but absolutely nothing about how his actions were fucked up. That is the problem with placing X on a pedestal for delivering 17. Great, vulnerable music, but not nearly enough to overlook what the recent stardom is covering up.

I don’t want to sit on my laptop and talk shit about XXXTentacion all day. I don’t get a holier-than-thou kick out of it, nor do I feel like a better man for condemning his dangerous streak of abuse. If he wasn’t a rising star in the music industry, this article wouldn’t exist. But if he’s going to continue receiving high praise for his music’s sincerity and beauty, we, as hip-hop fans, as music fans, and as humans—especially men—can’t allow him a clean slate until he has completely answered for the extended emotional and physical torture of a girl he claims to have loved.

Sure, it sucks that we can’t separate the artist from the art like people could before the Internet. But also, fans have brought it upon themselves. Fans are nosy. Fans are quick to turn people into standards of excellence, and quicker to turn idols into pin cushions. So yes, emotional and financial support of XXXTentacion’s music is support of Jahseh Anfroy. Worse, it’s support of his version of events from the night of his October 6 arrest in 2016.

If 17 has helped you with your depression, good. But you shouldn’t buy X’s music, nor should you say anything good about his work without acknowledging his failure to be completely honest to you, the listener. If he really wants to go there with his music, hold him to it. Make him go there, but as a human being before he does so as an artist. These troubled young adults kids look to as gods (more appropriately, GOATs) shouldn’t be encouraged to thrust themselves into the spotlight without some serious changes in their personal lives first.