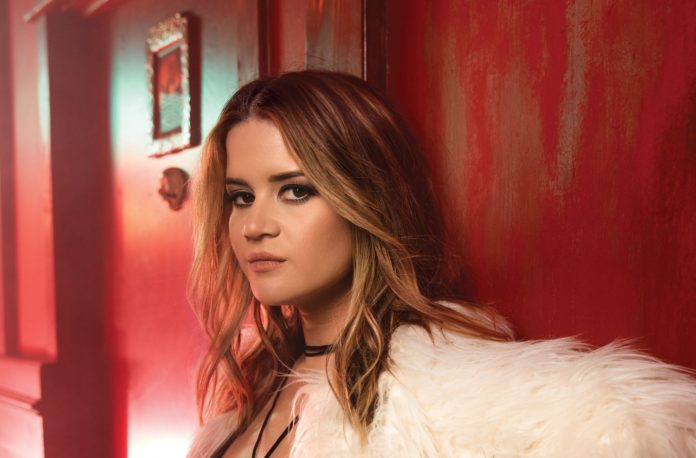 Kacey Musgraves had released Same Trailer Different Park the year before I had known about it. Now all I remember about the record is that thrilling chill of discovery that had first zipped through me whenever I spun tracks like “Blowin’ Smoke” or “My House”. I don’t remember probing too deep into the lyrics, though from what I did parse out I was pleasantly intrigued by. “Merry Go ‘Round” was a soothing yet striking slam against the strictures of trailer communities that shared the same dead end lifestyles no matter which one you’re standing in. It was one of my favorites off the record. There was, however, a much more provocative song that pulled the artist into the sequined limelight.

The moment that broke Musgraves into woke country artist notoriety can be found in the unflinching lyrics of “Follow Your Arrow”. The hypocrisy of the communities from which Musgraves was drawing these scathing appraisals from were stark and merciless – you swore she was out for blood when pairing lines like, “If you can’t lose the weight, then you’re just fat” with “but if you lose too much then you’re on crack”. Clearly, you don’t need big words to point everyone’s attention to the many gorillas the people sharing the same room space have otherwise kept out of sight and mind.

Here is where I admit how little I know of country’s back catalog and legacy. I’ve had my flirt with outlaw country artists like Merle Haggard and Cash, really digging into that dusty, bright, yet pensive sound that lured me in as a bone-picking teen. As for modern stuff, it was always the single or two, the few I remember most clearly were from Eric Church, that had me playing on repeat for a few weeks or so. It didn’t take long, though, before I went back to the usual indie, punk, and “alternative classic” stuff I was messing with at the time. Taylor Swift was in that rotation somewhere, but we’re going to miss that for today.

So back to “Follow Your Arrow”. It’s a song about choice. The kind of choice you should make for yourself and yourself only when the world would rather you kept to being a punching bag for everyone else. And boy, does Musgraves lay out some options for you once she hits the chorus.

Had this sort of thing happened before? Has the rhinestone-studded songwriting in country ever produce, in its own ranks, this kind of subversion and self-aware chiding while remaining true to its sonic DNA?

What reason did I have, some Viet guy from the Midwest, to know about the inflection point in country music’s history that Ms. Musgraves was possibly at the lead of?

Not a single one. I am some Viet guy from the Midwest. That may not mean I can’t vibe with the songwriting from a contemporary country musician, though it sure doesn’t clue me all the way in to whatever might be humming under the hood of the genre.

Maren Morris, with her debut release “Hero”, tipped me off to the better explanation for what was turning my head towards country through these artists: crossover appeal into mainstream and forward-thinking sensibilities. Tracks like “Sugar”, “How It’s Done”, “Just Another Thing”, “Once”, and “Second Wind” swipe morsels from pop’s modern production playbook of bells and whistles. I don’t have a glossary for how to name these instances of using specific identifiers of the genre, though any passing listener of modern mainstream pop music will pick up the details. Morris has couched her choruses with sonic quirks characteristic of pop that have proven infectious in the genre’s home stage. Now, these hooks are finding a side-gig in the already sunny and steady country music templates Morris was giving a fresh spin to.

What’s funny is, the tracks I mentioned were not on the original EP from Morris that hooked me onto her sound in the first place. To me, “80s Mercedes”, “Company You Keep” (which didn’t make the album), and of course “My Church” were the breezy bangers that lifted my whole being into a carefree groove. It was that straightforward and ego-less elan I had trouble getting with in a lot of other music, though I hadn’t known it was a sound and a feeling I wanted as badly as I did.

Where Kacey Musgraves caught me and my liberal agenda with a knock-down-these-old-walls wink, Morris felt like the country-to-city darling strutting onto an indie festival stage with a pocketful of barn-burning anthems. Both are bomb in my book. Though I didn’t have to move much beyond my range of musical experiences to come to this conclusion.

Both artists came to me and my city-boy taste and preferences, rather than me go to their home fields where country, both as it’s own unaltered genre and lifestyle, formed these musicians’ creative and genetic bedrock.

Country still seems like a faraway land to me, familiar through the audio postcards that people from said land sometimes carry and play when I happen to be around. Punk is another genre where I can’t get pass the first few membranes of crossover hits and artists before turning back, concluding that I wasn’t prepared for the essential core of the genre because to get there required a certain upbringing and path. Hip hop, too. Knowing of boom bap and conscious hip hop doesn’t give me license to speak to the scope and histories of these genres on their own.

Separating my appreciation for a piece of music, both as nourishment for the mind and body, with what I can claim to know about its roots and branches has been tough. My constrained relationship with music that seems inherently American, for which I had brought up punk and hip hop in addition to country, has had me questioning what it meant to enjoy a creative product versus a cultural product. I can bump “80’s Mercedes” on most days as its own start-to-finish unit. What I can’t do is speak to its weight in the context of other country-rooted songs replete with mainstream hooks.

I’m learning that that’s okay. If I’m especially serious about getting to know the full cross-section of histories that led up to the hit of the day, then I do so knowing that such an exploration is a cultural one rather than one that is critical of a song on its own. Without assuming anything about where Kasey Musgraves and Maren Morris came from, and where they might be headed next, I rate both albums as well-written and produced twists on foundational sounds and messages of the country ethos.

Different trailers from the same park, speaking to shared truths of where the needle of their timeworn traditions are pointing towards next.