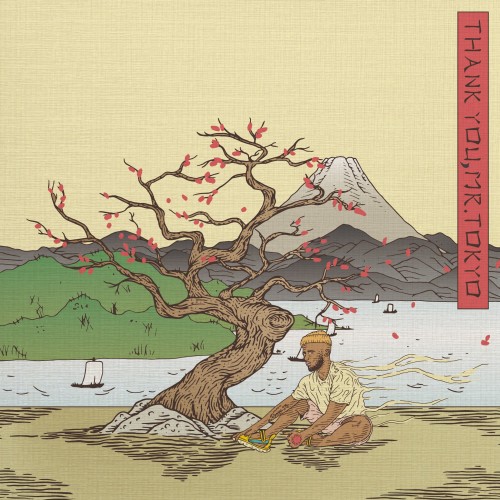 The synths at the beginning of almost every track on Thank You, Mr. Tokyo sound like how the project’s cover art looks: a peaceful young Black man with a dope fit sitting under a cherry blossom tree.

Madeintyo—Made in Tokyo, real name Malcolm Jamaal Davis—isn’t necessarily a Renaissance man or alternative. But his smooth, Japan-tinged style is unique and makes bangers out of simple feelings and melodies that everyone can rock with.

His brand is more than just his music. It’s the Japanese subtitles and intro music in the “I Want” video. It’s that his Twitter location isn’t just Tokyo, Japan, but Yokosuka, a city in the Greater Tokyo Area he lived in for 5 years as a child in a military family. It’s a reference to shopping in Tokyo’s Harajuku district in one song (“Savage”), and a music video with White girls on a tennis court in another (“Uber Everywhere”). He’ll also speak on hitting Follies and messing with girls from Georgia State University (“Whoeva”), but even then, he’s not your average Atlanta rapper.

Madeintyo is a global citizen. In a world where many of us inherently are but fail to acknowledge or appreciate it, Madeintyo’s worldliness is the future. Even goofy lines like, “I think that bitch from Canada, I think she from the 6,” from his newly-platinum certified single “Uber Everywhere” captures the chill global wave he’s on.

His flow sounds effortless. He raps the kind of shit that makes you feel like you could just jump on the mic and do it too, but then you realize it wouldn’t sound as good. Madeintyo and K Swisha, his Day-1 behind the beats, are too fluid together. His bars are tough, but not unnecessarily violent or explicit like a lotta rappers. The misogyny is turned way down, and his shit-talk talks comes in simple, smooth assertions like, “I wonder why these niggas rap,” (“I Want”) or, “Yo shit don’t jam like me, like me,” (“Gucci Polo”).

The hypermasculinity and exaggerated boasts are replaced by simple, confident, and much more believable statements about how he’s living. This usually happens in the form of extremely catchy lines found in his choruses that you can’t help but utter throughout your day:

He keeps to himself, does him, and has steadily progressed doing so. It’s hard not to like Madeintyo, and I hope more people soon appreciate the special parts of his brand that I do.