As many popular acts throughout history can attest to, there are two tried-and-true ways to achieve cultural ubiquity: palatable excellence or shameless provocation. Sometimes the two co-exist, other times it’s one or the other. So where does pop’s main girl du jour Melissa Viviane Jefferson aka Lizzo land?

The answer: somewhere in between the two. In the three years since Lizzo scored her first chart-topper “Truth Hurts” — which made her only the third female rapper to land a solo track at the summit of the Billboard Hot 100 after Lauryn Hill and future collaborator Cardi B — she has embodied the ultimate pop star archetype for the streaming and woke era.

Lizzo’s calling card is that she contains multitudes. Sure, she flexibly straddles the blurry line between pop and hip-hop, but it’s not only down to her genre-hopping ways. If anything, her actual music is probably secondary to what she represents to her audience or even the public at large.

“At a time when the relationship between artist and fan is in flux with each social media platform update, Lizzo has made it a point to listen and learn, for the most part,” writes Claire Shaffer in an otherwise lukewarm review of Lizzo’s latest album, Special, for Pitchfork. “To her most devoted fans, and even to some casual listeners, these gestures towards inclusivity can mean the world. The music is just icing on the cake.”

Shaffer is technically not wrong. While it holds true to any social hierarchy, popular music and culture are spaces where cult of personality is the ultimate currency despite often manifesting itself in toxic, insidious forms. It is no wonder, then, that Lizzo, in all of her descriptors — female and Black and fat and vegan and liberal — possesses such a broad appeal, especially in the identity politics-based times we live in.

Now here’s the thing: I don’t mind identity politics. In a lot of ways, I think it’s a necessary tool to use; its proliferation in recent times is down to the fact that certain groups of people were not allowed a seat at the table, whatever or wherever the table is.

I’ve said this before: I grew up in an era where you had to adhere to a certain look or image to be a pop star. I might not consider photos of Lizzo (or anyone else, for that matter) in a barely-there two-piece with her butt hanging out for the entire world to see as “empowerment” (how that word has been abused in this day and age!). But the fact that these images exist, that she — in all of her singing/rapping/twerking/flute-playing panache — exists in the pop realm is significant, especially when taking into account that Special is the only album by a female artist released in 2022 to reach the Top 2 in the US.

“Once people knew who I was […], they became more comfortable with using me as some sort of punchline or joke. Or immediately they want to criticize whatever I’m doing because there’s levels to me that they don’t accept. So I’ve found that I’m always going to receive some sort of backlash or criticism whenever I put myself in a public space, just because of who I am and the way I choose to exist.”

Minority stress is a real thing. As an openly queer and irreligious person who advocates human and animal justice causes in the world’s biggest Muslim country, I have definitely been in spaces or experienced moments where I would impulsively feel the need to shrink myself, or even feel sorry for speaking up or existing in the first place. But of course, I am no globally-renowned pop star.

I might have renounced poptimism and no longer feel the need or desire to look up to public figures for validation. However, there is definitely something to be said about Lizzo’s adamance to twist and bend pop stardom to her liking, seemingly at all costs but upon closer listening to Special, also with a great deal of quality control.

Special doesn’t stray far from the sonic template set by its predecessor, Cuz I Love You: boom-bap hip-pop beats, occasional dipping into funk and disco, sing-songy melodies, and a copious amount of “bitch” littered throughout its tracklist, served with Lizzo’s boisterous, rip-roaring vocal delivery.

At its best, Special is immediately likable, exhilarating, chock full of genuinely hilarious and meme-worthy quips (she really did go ahead and write a song called “Everybody’s Gay,” for instance) and, clocking in at just around 30 minutes, doesn’t overstay its welcome. At worst, like the vast majority of modern pop music, it’s littered with a lot of clichéd, simplistic and unimaginative lyricism, and after a while, Lizzo’s rambunctious in-your-faceness does grow tiresome. You almost want to retort to her, “Okay! I know I’m special! Now can I go decompress to some ASMR?”

Much like her breakout hit “Truth Hurts,” it’s mostly Lizzo’s personality, intention, and message that sell her music rather than the music itself. In a nutshell, Lizzo’s music since her foray into the mainstream is perhaps what Katy Perry would sound like in 2022 had she never outgrown her Teenage Dream persona, which, although refreshing to hear from an untypical pop star archetype, provokes the nagging thought of, “She can totally do better than this, can’t she?”

But why mess with the formula when it works splendidly? Not unlike Adele — that other down-with-the-people Taurean supernova — and her endless supply of sentimental vocal-piano balladry, Lizzo’s Kidz Bop/gay club-friendly brand of hip-pop is setting her firmly in the upper echelons of pop stardom as Special’s lead single, the funkafied “About Damn Time,” recently became her second US chart-topper.

Azealia Banks — herself a container of even more multitudes — was not entirely off the mark either with her unprovoked “Millennial Mammy” commentary on Lizzo. (Also, it’s fun to imagine her being on the receiving end of “Break Up Twice”’s “Who gon’ put up with your Gemini shit like I do?”, which amusingly samples Lauryn Hill’s classic “Doo Wop (That Thing),” respectively a Gemini and the first solo female rap track to top the US chart.)  But even if Lizzo is perpetuating the mammy stereotype, she’s also rewriting it and twisting it on its head.

Furthermore, for many people across the globe not well versed in this particular aspect of US history, Lizzo does represent the type of pop star who’s as subversive as she is multi-faceted. There’s simply no denying her vocal prowess and indelible stage presence. This sense of subversiveness that permeates Lizzo’s public persona is still necessary anyway in the age of visibility and representation, especially with her being out there emanating relentless Black joy in a culture that has been largely more accustomed to Black sorrow and having the audacity to be very public in all of her multitudes, even if every now and then it does make you go, “Do you really have to do that?”

Then again, why not? White pop stars have done stupider shit and gotten away with it. It is public knowledge anyway that everybody in the entertainment industry is insecure. I doubt that anyone would willingly choose the showbiz world in the first place were it not for their incessant need to be liked and validated by the masses. Why limit our capacity to put up with pop star buffoonery just to the likes of, say, Madonna, Katy Perry, Taylor Swift, or Ariana Grande? Let’s extend that energy to all pop stars.

As a listener, my hope is that moving forward, Lizzo will find ways to tell her story and express herself beyond stating the obvious. We already know she’s a “big girl” so we don’t need constant reminders over the course of an album. If she contains multitudes, she certainly can emote better than cringe-worthy lines like “Love y’all so fucking much / Don’t mean to get emosh” — leave that kind of clumsy basicness to the likes of Meghan Trainor, thank you very much.

Perhaps it would be wise for Lizzo to cop a page or two from Missy Elliott’s feminist legacy — especially considering the two have worked together already — and just occupy the space without yelling to the entire world that she’s doing it. She’s already at it in Special’s title track, where she cooly shoots the fiery couplet: “Could you imagine a world where everybody’s the same / And you can cancel a girl ‘cause she just wanted to change?”. It’s one of the few rare moments in the album where Lizzo kicks her happy-go-lucky gimmick to the curb and lays her heart bare without being cloying — she should do it more often.

As I finished listening to Special, I was somehow reminded of Janet Jackson’s — yet another Taurean megastar — The Velvet Rope closer, wherein she proclaims, “I have the need to feel real special too.” If Lizzo is trying her darndest to remind her listeners of how special they are, then she’s most definitely entitled to the same feeling as she continues to forge her path in main pop girl-dom. 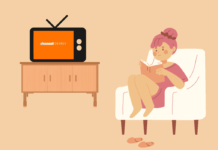 Still Thinking So Far Ahead: 10 Years of Frank Ocean’s Channel...