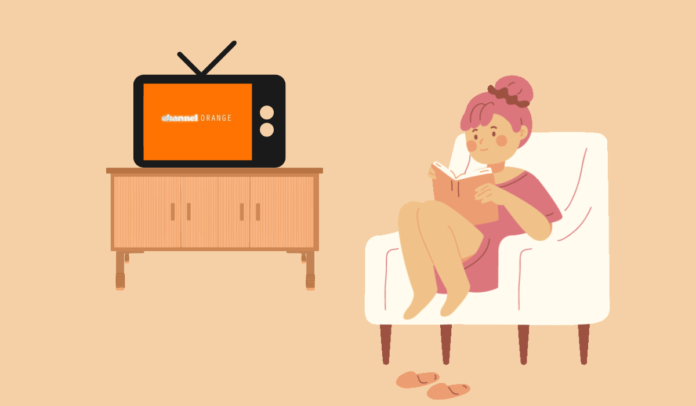 By the time Frank Ocean detonated a coming-out bomb on Tumblr (peak 2012 internet culture, as it were) a week shy of Channel Orange’s digital release, his momentum was on a high.

Following his stint in the groundbreaking collective Odd Future, the early 2010s found Ocean ensconced in a series of high-profile songwriting and guest vocal duties around the same time that his critically acclaimed mixtape, 2011’s Nostalgia, Ultra, had the interwebs and the industry abuzz.

The early 2010s was a fascinating time. Parallel to the rise of digital downloads and post-MySpace internet culture, the line between “mainstream” and “indie” was becoming increasingly blurry, sound-wise, image-wise, and impact-wise.

These instances might have laid the foundation for immediate mass acceptance of Frank Ocean and Channel Orange, but they were obviously not the sole reason. Just a decade ago, Norah Jones’ Come Away with Me served as something of a cultural solace in the post-9/11 landscape — in the thick of 2000s era pop culture debasement and debauchery to boot — and became an unexpected commercial behemoth. Similarly, Channel Orange arrived at a time when R&B’s most prominent movers and shakers had gone almost fully EDM, the heady height of Obama era’s happy-go-lucky, party-obsessed, EDM-infused pop whose domination inevitably led to oversaturation.

Lest we forget, this was within the same time frame that Adele’s 21, in all of its “music for ears, not eyes” ethos and its maker’s middle-of-the-road relatability, was selling by the millions seemingly every minute, pulling numbers in ways unseen since … Come Away with Me. In short, the culture was ready for Frank Ocean and Channel Orange — and however amount of “authenticity” both were set to offer.

Then there’s the homosexshah aspect of it. In any other era, the idea of a male artist, especially within R&B and hip-hop, being associated with gayness would have spelled career suicide, let alone an up-and-coming artist. By 2012, Meshell Ndegeocello was probably the most recent precursor to a Frank Ocean type of act, but she was of an older generation and the masses have always been slightly more accepting of female homosexuality since it’s largely perceived to be less shameful or threatening. So it’s safe to say that Ocean was — lame pun alert — making unprecedented waves.

It was right there from the start of the album rollout. Whereas Nostalgia, Ultra’s “Novacane” deals with the mind-numbing effect of drug (ab)use and casual, meaningless (heterosexual) sex, “Thinkin Bout You” revels in something more tender, substantial, and, yes, homosexual. “My eyes don’t shed tears / But boy, they pour when I’m thinkin’ ’bout you,” he croons atop soft, swirling synth lines and steady, heartbeat-like drums as if his own heart is palpitating profusely upon making the confession. A same-sex love declaration in mainstream pop had never sounded so genuinely heart-rending probably since George Michael’s “Jesus to a Child.”

“On the days we were together, time would glide. Most of the day I’d see him, and his smile. I’d hear his conversation and his silence … Until it was time to sleep. Sleep I would often share with him. By the time I realized I was in love, it was malignant. It was hopeless. There was no escaping, no negotiating with the feeling. No choice. It was my first love, it changed my life.”

It was a coming-out letter heard, read, and dissected all around the world.

I was smack dab in the middle of a similar predicament when “Thinkin Bout You” and Ocean’s letter came along. Both so accurately expressed how I was thinking, feeling, and experiencing in real-time and in a way that frankly speaking no other song and artist had done before.

As the letter would attest, there’s something about the first love experience that just has you completely in the palm of the other’s hand, perhaps even for years after it was consummated … or not.

My first love was also an otherwise heterosexual-identifying, coupled-up guy. He and I first locked eyes at a library where we were taking French classes, although we were not classmates yet. I thought he was the most beautiful guy I had ever seen in my life. (He still kind of is.)

Sure enough, we did eventually become classmates, his then-girlfriend had apparently gone off to Paris for her study so they were attempting a long-distance thing which wasn’t quite working for them. It didn’t take long for me to become his proverbial shoulder to cry on as we began to spend an inordinate amount of time together. One day, he invited me to his campus for, in his own words, “extra French lessons.”

We did actually have those lessons. Afterward, as we lounged about by the lake next to the campus library (yes, the library was the ultimate backdrop to this entanglement), Depeche Mode’s “Precious” was blaring out of the blue from inside the library. “Ah, this song,” I instantly blurted out. “Always a reminder of someone from the past.”

He asked who it was. I wasn’t going to tell him it was my high school boyfriend since I never fell for that one. “Just… someone,” I stammered. “Someone special, I guess.”

His eyes darted back to the lake. “So is there anyone special in your life right now?”

I glanced at him aghast. This is it, I thought to myself. Say it now. This is your chance.

He turned to face me.

“So, yeah. What do you think?” I managed to let out, palpitating heart and all.

As if on cue, a couple of his friends called out his name from a distance. He got up and asked if I wanted to join them for early dinner. I forced a smile. “Nah, I’ll just go home,” I said as I waved goodbye to him. I practically sprinted to the station despite my weakening knees. It was a very long ride home.

Shortly after, as soon as the French classes came to end, he practically cut me off and was unresponsive to all of my attempts at communicating with him, including numerous Facebook messages harping on and on about how he was my first love, how he had changed me and all that sentimental jazz.

Three years later, just as I was beginning to make peace with the possiblity of never seeing or hearing from him again, there he was, ever his beautiful self, lounging about in the lobby of the very place we used to take French classes. We locked eyes. My heart must have skipped several beats.

“Oh, hey!” he cooly greeted me as if the preceding years had never transpired. “You’re getting fatter now?”

I might as well have exploded. “Um yeah, I guess?” was the best I could come up with. “I don’t know, I think I’ve always looked like this.” What else could I have said?

While we would meet a few times after that, there was never anything more than mere perfunctory pleasantries. Soon I came to realize that just seeing him again was the closure I needed.

For better or worse, Channel Orange isn’t at all exclusively about the gay experience the way that I low-key wished it had been. There are really only three songs that deal explicitly — or at least so I and many others interpret them — with that subject matter: “Thinkin Bout You,” the hymnal and spine-tingling “Bad Religion,” and the strummy and lilting “Forrest Gump,” all of which Ocean performed in major live performances throughout the Channel Orange era.

I did not necessarily mind this, though. Even if this entailed some degree of alienation to me as a listener yearning for more songs in the vein of the aforementioned three cuts, I fully understood that as a new artist trying to secure a place in the music industry, Ocean most probably did not want to be pigeonholed as “the gay R&B singer,” especially when he had a lot more to offer.

And that’s exactly what he pulled off on Channel Orange, where characters and story arcs dip in and out over the course of the album, sequenced like a critically-acclaimed arthouse omnibus: there’s the sly critique to consumerism in “Sweet Life,” the teenage wasteland of “Super Rich Kids,” the sprawling yet tender ode to prostitution in “Pyramids” (often hailed as the album’s centerpiece, although its early 2010s-style beat drop nearly four minutes into the song sounds painfully dated now), and perhaps most interestingly, plenty of heterosexual encounters and intercourses throughout the rest of the album.

Still, Channel Orange signaled not only the proper arrival of an outstanding, singular talent but also a turning point in modern-day LGBT visibility and acceptance.

From Sam Smith’s In the Lonely Hour to Serpentwithfeet’s Soil via Troye Sivan’s Blue Neighbourhood and Kevin Abstract’s American Boyfriend, before coming full circle with Lil Nas X’s Montero, the 2010s saw an all-time high of not only the emergence of queer artists but also queer artists that unabashedly wore their homosexuality on their sleeve, in ways that weren’t quite possible — or available — pre-Channel Orange. Ocean himself would up the ante on 2016’s superior and career-defining Blonde as well as a string of one-off singles in subsequent years.

I’ll end this piece with an amusing anecdote. In one of my last pre-COVID-19 outings, I went to an open mic where I bumped into a piano-playing rapper I had hung out with one time. I thought he was quite charming but also corny as hell, especially when he took the stage, sat by the piano stool, and introduced his performance as “something for the ladies.” Cue the eye roll.

Lo and behold, he started playing “Thinkin Bout You.” My friend and I immediately exchanged glances.

“He knows Frank wrote this song for a dude, right?” said friend whispered to me.

I suppressed my giggle and whispered back to her, “He probably doesn’t.”