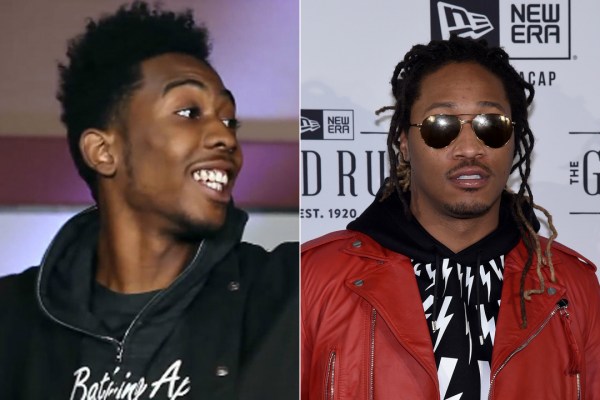 First, not sure why Desiigner’s freestyle is the only freestyle video that has disabled ratings and comments on Tim Westwood’s channel.

Secondly, kudos to Desiigner for finding success. But I really hope there’s something else about him that Kanye West signed him for. Because this…ugh, let me break it down.

First, he rides this motormouth flow for an entire verse (0:16 to 1:07) until he’s literally running out of breath.

Then when he catches a break, it gives him enough time to channel Future’s essence through the talisman hidden in his watch (1:08).

Okay, okay. But really though, I feel like I’m getting tricked when I watch this video. Like, you got invited to Tim Westwood’s show to freestyle. With Eminem’s verbal exhibitions being my standard, artists that appear on Tim Westwood to freestyle rarely disappoint. And they all bring it in a unique way.

I’m not comparing Desiigner to Eminem, nor am I expecting bars from Desiigner. And it’s not that he isn’t genuinely trying. However, the entire second half of this video was unmistakably someone else. And I really hope this isn’t the only thing he can do well.

It’s one thing to see people ride waves and adopt trendy styles. It’s an entirely different issue when someone gets recognition and compensation as an original artist when they’re really a high-profile impersonator.

Until something worthwhile that attempts uniqueness comes from Desiigner, he’s just that. A direct impersonator.

Maybe that’s harsh. Maybe the line between imitation and wave-riding is blurrier than I thought.

Perhaps I do come back to this and my Rich Chigga article months later shaking my head with a reluctant grin on my face. Maybe Desiigner makes something original out of himself at G.O.O.D Music.

Alas, I have no reason to believe that right now. And I can’t believe he’ll be receiving significant press in the near future, nor can I believe ‘Panda’ is a Billboard #1.

*Awaits next Desiigner-related story to criticize*