Football players talk a lot of shit. You don’t get to the NFL without knowing how to engage in psychological warfare. But Jacksonville Jaguars cornerback Jalen Ramsey goes about trash talk a little differently.

Peep this clip of him last year as a rookie in a post-game interview. He was asked questions about his contentious on-field battle against the now retired future Hall of Fame wide receiver Steve Smith last season: 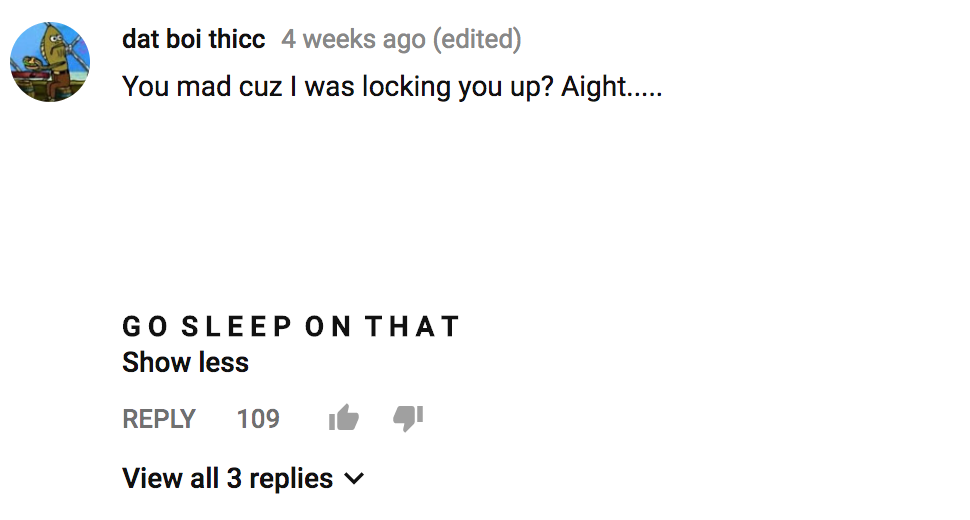 Along with the confidence and the blunt storytelling, this man has sass you didn’t think could thrive on an American football field. The eye rolls, the shoulder shrugs, the neck work. It’s those behaviors that make Jalen Ramsey’s brand of trash talk more than just trash talk to people.

What baffles me, and what I think is the overwhelming reaction to Jalen, is not the idea that he could be gay. It’s that he’s flamboyant, effeminate, and still relentlessly harasses all-pro talents during and after games. It’s clear that he’s more of an alpha than most men, but it’s also clear that traditional tough guy talk fits on him differently.

While Ramsey’s behavior still garners homophobic responses—”Fruitier than a bottle of naked juice,” or, “Watch this shit without sound, nigga still look like a fruit basket,”—many presumably straight male YouTube users that acknowledge Ramsey’s effeminate characteristics either look past them or enjoy them:

It’s an entertaining thought—one of the NFL’s brightest stars being a gay man. Would it be cool if Ramsey became a gay champion in the hypermasculine world of the NFL? Yeah! But even if he does have an LGBTQ identity, he doesn’t owe it to us to come out or be an advocate.

Two more post-game interviews of Jalen Ramsey, both during this season, suggest he’s shying away from the more expressive mannerisms in his Steve Smith interview due to fear of being perceived as gay. Commenters considered the possibility in the two videos below.

Here’s a clip of Ramsey last week giving the media an account of how he provoked AJ Green into fighting him en route to a Jaguars victory over the Bengals:

Hilarious and vintage Jalen, but not “You tell meeEEee,” Jalen. Then there’s this post-game interview after the Jaguars-Ravens game in London two months ago:

Pretty much all American men overcompensate or mask parts of themselves at some point in life to fit the role of ‘man’ better, no matter how comfortably straight or gay one might be. That’s how pervasive gender roles are. Observing Jalen Ramsey in interviews could help straight men understand how performative masculinity is, and maybe lead to some personal breakthroughs. But instead of reflecting on the impact strict gender roles have on men, many would rather gossip and poke fun at Ramsey for his hypothetical gayness. If this is the reason for his (relatively) toned-down presentation in recent interviews, that’s sad.

The predominantly straight male viewership of the NFL is not ready to accept a consistent gay presence in the league. But Jalen Ramsey’s rise and the bubbling rumors about his sexuality make for a potential-filled cultural predicament. Of all the men’s sports leagues to possibly have the first gay star, the NFL? It’s absurd, but it also makes for a great story given the hypermasculine and contrived political nature of the league.

It shouldn’t require a confirmation of his sexual orientation for us to consider how Jalen Ramsey’s image makes us feel about manliness. If so many people are pressed about Ramsey’s possible gayness, there should be more questions about their preoccupation rather than Jalen Ramsey’s being. ‘Til then, salute to Ramsey. Patiently waiting for more great defensive performances and even better post-game interviews.