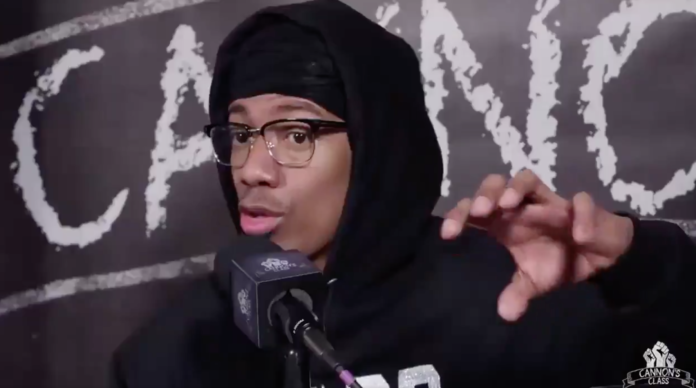 Before Cannon’s hotep history lesson on Jewish people and their neglect of Black Jews, I watched him assert with his entire chest that a lack of sunlight and melanin were the main causes of “savagery” among Europeans leading up to colonialism. Umar Johnson beamed with pride—complex geopolitics and cultural history are just cover-ups for the real truth, brothers and sisters.

I then wondered why many of my Black peers online were so quick to abandon our typically high standards of historical accuracy when it came to discussing Jewish people. The answer? Anti-Black racism. More specifically, the role of Jewish Americans in perpetuating it.

Globally, vilification and persecution of Jewish people is millennia-old. From Roman contempt to Christian demonization to Hitler’s eugenics, myths about Jewish people as the world’s conniving puppet masters have followed them incessantly. But here in the United States, a serious twist in the Jewish narrative put them at odds with Black Americans.

That chapter of our history is already written, but not everyone has done the reading. And those who’ve done that reading haven’t done the additional work to put it in a global context. Simply put, this book club sucks.

When Not Persecuted, Privileged

Stigma has always hung over Jewish people, but systemic oppression was episodic rather than constant. Despite prejudiced treatment such as housing segregation, Jewish communities could thrive peacefully for decades, sometimes centuries, in a European country. But a new ruler with an agenda or a need for a scapegoat during a disaster (e.g. Bubonic Plague) would have the state criminalize Jewish folks or completely kick them out of the country. Jewish oppression in Europe resembled lighter fluid flare-ups of a slow, ever-burning fire.

Spain, England, Poland, it never mattered. The pattern was the same: migrate, settle, thrive, then flee once the host state became hostile. This is why Israel’s existence and Jewish Americans are so difficult to criticize without sounding hateful. That being said, we must.

A complete picture of humanity can’t be achieved if we refuse to believe the oppressed are incapable of oppression in a different setting.

Jewish Americans are White people, thanks to the sinister ambiguity of Whiteness’ borders. Since Jewish Americans have been absorbed into Whiteness like many previously distinct European immigrant groups, they have benefitted from it. The immediate social capital and protections from persecution received from being labeled “White” in America show in the staggering income and wealth achievements of their community, as well as the collective reluctance to acknowledge their White identity.

Both of these things—the historical oppression and current social dominance of Jewish Americans via Whiteness—are true at the same time.

So, when a Black man in the midst of a racial revolution is studying how to wriggle out from under the knee of racist oppression, his railing against Jewish people feels like punching up at Whiteness.

When a Jewish American hears another famous person, let alone a Black man, spin the “Jews run the banks and media” conspiracy as if it’s a genius new revelation, there must be some combo of dread and here-we-go-again exasperation.

Casual anti-Semitism holds the door open for government-approved brutality of Jews. It is a latent virus with a short fuse that even educated Black folk have played a hand in nurturing. Unfortunately though, the historically shaky stance of Jewish Americans toward Black Americans has weakened the integrity of the term “anti-Semitism.” In an American context, it is difficult to tell when the term is used genuinely or as a deflection of accountability for racism.

We’re Already Oppressed, We Have To Be Accountable Too??

It’s easy for both Black Americans and Jewish Americans to cast a blind eye to the social ills they perpetuate because long histories of powers-that-be trying to erase you are quite distracting. Even more complicated is the uniquely American reality that Jewish folks are born into the socially-dominant identity responsible for Black oppression.

Rabbi Emeritus Clifford M. Kulwin of the historic Temple B’nai Abraham in New Jersey wrote a valuable op-ed for the LA Times this past MLK Day. I’m sure he didn’t predict Nick Cannon would make his piece extremely relevant months later, but here we are.

Among other nuanced yet sharp insights, Rabbi Kulwin provided historical context, both lived and academic, that corrected the flawed nostalgia of Jewish Americans wholeheartedly supporting Black Americans in their fight against racism.

Fact: Jewish Americans made up roughly half of the White Freedom Riders in 1961. Also fact: Jewish activist Mark Levy, a Freedom Rider, was barred from a synagogue by fellow Jews in Meridian, Mississippi for his support of the Black-led Civil Rights Movement.

Fact: Jewish American leaders like Rabbi Joachim Prinz deeply understood the parallels between their community’s story and the Black American story. Also fact: In her book Troubling the Waters: Black-Jewish Relations in the American Century, historian Cheryl Greenberg notes that most Jewish Americans in the Jim Crow era “held white people’s attitudes.” This meant anti-Black racism as well as, “an unwillingness to dismantle existing social structures that conferred special benefits on those with white skin, whether they recognized those benefits or not.”

In the same way many Jewish Americans don’t think of themselves as White supremacy’s passive vessels, Black elders, athletes, and rappers don’t think they’re helping future tyrants by spreading the lore of Jewish people as the enviably silent but powerful owners of the world. But they are, no matter how they view themselves.

Some might spend time arguing if perpetuation of White supremacy is more harmful than stoking the flames of anti-Semitism. Hell, I debated myself about it before writing this piece. But recent wisdom should tell us anyone’s oppression threatens everyone’s freedom.

The staunch defenses of faux-academic cookout history lectures from Black public figures have no place in our fight for justice. Jewish Americans hiding behind “anti-Semitism” as a shield against critiques of their Whiteness is also counterproductive.

Yes, we need to talk about Beta Israel (i.e. Black Jews) and the multiracial, multicultural truth of who belongs to the global Jewish community. This means it’s also necessary to discuss how Whiteness filtered people of color out of the Jewish identity. And those two conversations make it crucial to discuss how Jewish Americans knowingly and unknowingly keep White supremacy alive.

Progress on those fronts means a bar like, “I’m an Israelite, don’t call me Black no mo’” could be understood beyond the superficial idea that Black people are the “realest” Jews.

Taking a step back, I realize these shitshows needed to happen to spur us into actively improving these essential dialogues between Black and Jewish folk. But I don’t want to be writing another piece on this topic in five years because Lil Duval’s mind is blown after learning the head of the Federal Reserve Bank and the CEOs of many large investment banks responsible for the 2008 financial crisis were Jewish. Nor do I want to address a line in Roddy Ricch’s huge new single in 2028 that goes, “Paranoid wit a stick in Santa Monicaaa/I get money like I celebrate Hanukkaaah.”

If the goal of cancelling Nick Cannon or criticizing Jewish Americans is to help the wrongdoer(s) see the error in their ways and change, it will take collaboration. More speaking with and less talking at will make future Jewish kids firmly anti-racist and future Black kids see Jewish people as human instead of mythical.

It wasn’t perfect, but a highlight of Nick Cannon’s apology was his promise to further his education on the plight of Jewish people as part of his larger liberation efforts. We need a lot more of that—it is time for these conversations to evolve.

To my Black American readers who made it this far: I have found the Jewish Virtual Library and MyJewishLearning.com to be great starting points to learn about the Jewish community, its history, and how it affects the Jewish American experience.

To any of my Jewish American readers who made it this far: the world is giving anti-Black racism all of its attention as we sit at home surviving a pandemic. If you never have, take time out of your day to ask how you might unknowingly contribute to this other global pandemic. For assistance in doing that, I think Rabbi Gil Steinlauf’s op-ed in the Washington Post is a thorough, relatable introspection you can trust to start your learning and unlearning processes.

Thank you for reading.