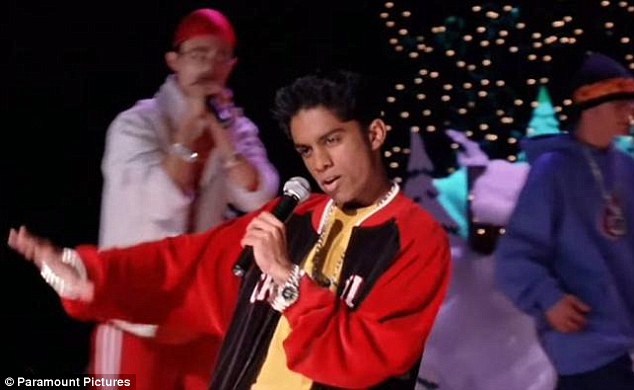 Mean Girls used to be one of my favorite movies. The plot was full of laugh-out-loud moments and characters who stretched the imagination, but were somehow deeply believable if not downright recognizable in the zoo of high school. The main arc of the plot also appealed to my sense of justice. High school royalty outsmarted and overthrown by the geeks and the nerds. What wasn’t to love (if you were a geek and a nerd)?

At the same time, as an Asian American adult, I can no longer watch this movie.

It is hard to watch Kevin G be treated like the undesirable, uncool, and try-hard math nerd. I appreciate the representation of dark-skinned Asians…but not like this. This felt like one over the top Indian accent away from being like a modern high school version of Long Duk Dong. That being said, I do appreciate that he winds up dating one of the main characters, Janis. Asian men in romantic roles were and still are rare!

Even more troubling to me is the portrayal of Asian women in the film. It makes me sick to to stomach and it’s hard to even type out the words.

There are two Asian women. In the penultimate scene of the movie, one of the secrets revealed is that the two underage Asian women have been two-timed by the white middle age PE teacher. The two end up fighting each other for a predator’s attention. In a world that minimizes racism against Asians, it seems somehow reflective and fitting that the only person in the film who addresses this is the black principal, Mr. Duvall who (with a baseball bat in hand) commands the PE teacher to “step away from the underage girls.”

That’s the last time I recall seeing the two Asian students. I don’t remember if there is ever a reconciliation between the two girls, or the exact ramification to the sexual predator. (Maybe someone with a stronger stomach and eagle eyes can update me.)

It makes me sick to my stomach.

This is part of a long media/film narrative which actively encourages white men of all kinds to treat Asian women as sexual objects. I cannot go on Next Shark because this type of story is constantly on the site. It’s like a Cards Against Humanities mad libs. White guy (past history of a sexual fetish optional) in (choose a country, sexually assaulting Asian woman in (choose a location).

While I certainly understand that I do not “own” Asian women, Asian women are a part of my community and they are a part of the voices I try to hear as an Asian in the diaspora. To constantly see Asian women being assaulted and disrespected by white men makes me sick and angry. It’s a story I hear on the internet and from my Asian women friends.

As an Asian American male, I also feel helpless to do anything meaningful to stop it. Maybe this is a defeatist attitude, but I have a hard time imagining a white man with an Asian fetish is *really* going to listen to me as an Asian male. I don’t have nearly enough social weight. I definitely can’t undo decades of media and porn portraying Asian women as lusting after white men or being objectified by them. I don’t think I can even make them ashamed of their fetish to be honest. Some are quite open with it. They don’t care about my appeals to our humanity as Asians. They want to continue to see dehumanized objects that fulfill their sexual desires.

So what can I do?
I’m writing this piece to name my feelings.
I’m building Asian American community.
I’m going to continue to reach out to and write to Asian Americans, especially men.
And I’m never going to watch Mean Girls ever again.