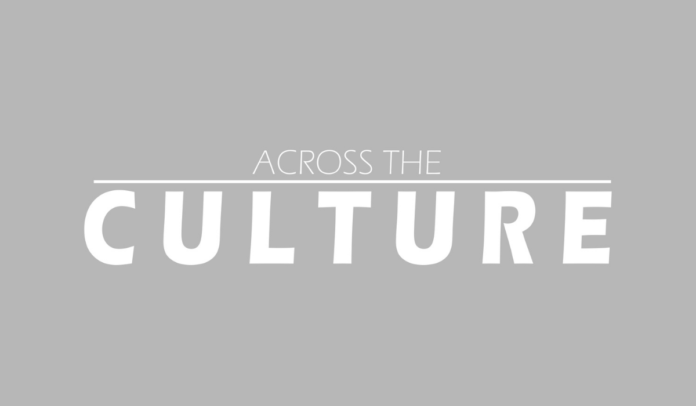 For the foreseeable future, Across The Culture will be capitalizing both “Black” and “White” when using these terms as racial identities.

It had been years since the last time I considered the question of how to present racial identities in writing. Recently revisiting our piece on the appeal of White supremacist communities to Asian American men refreshed the dilemma.

Capturing big-T Truth through our writers’ perspectives requires wide, adjustable lenses. When I decided ATC would capitalize “Black” but leave “white” lowercased, it felt like a grain of justice. The big “B” was meant to restore dignity to people historically stripped of it by the invention of race and racism. The little “w” shamed the architects. Peers of mine in the throes of their growing racial awareness looked to divest from the idea of White as superior in every way possible. My editorial decision was applauded.

The intent was agreeable, but the effect was trivial. What used to feel like small punches upward now seem like nothing but performance. In today’s United States of America, unarmed and non-threatening Black people still get killed by cops at a terrifying rate. The racial income gap is gross, the racial wealth gap is hopeless, and legal slavery still exists hand in hand with the world’s biggest prison population. Globally, Black people and those closest to “Black” suffer disproportionately at the hands of COVID-19, state violence, and capitalist exploitation.

In capitalizing “Black” but leaving “white” lowercased, the lens of ATC’s language was limited by the need for validation in a world of aesthetic activism. But widening the lens through which we understand race means acknowledging that White, like Black, is an ascribed identity.

Sociology jargon aside, race is man-made and slapped onto us before we’re even born. So to capitalize “Black” and “White” is to say race, broadly, is unnatural and requires all of us to address it in order to end racism.

The reasons for examining Black identity differ greatly from the need to dissect White identity. But the designation and oppression of so-called Black people is the foundation on which so-called White people stand. And the social statuses of Asian, Latin American, and Indigenous peoples depend largely on their distance from “Black” or “White.”

To capitalize “Black” is to understand Black, in James Baldwin’s words, as a condition. This condition has been historically imposed on people to justify taking wealth, life, and humanity from them. Black thinkers first documented the individual effects of this condition, and many a great thinker has gone on to also capture the big picture of the world’s racist fabrication.

To capitalize “White” is to acknowledge that it, too, is a recent human creation. It was crafted to distinguish people from “Black.” To save certain people from what society does to those designated as or closer to “Black.” The definition of “White” is just as shaky and manipulated as other racial definitions—perhaps more so. Its existence depends on this shapelessness in order to shift on a whim and maintain its distance from others.

Publications that claim “White” does not deserve capitalization due to a lack of “shared culture” attached to the identity are not seeing “White” for what it is. Even if the shared culture argument held water (it doesn’t), racial identities at their simplest are physical descriptions with social class branded onto them. Any shared experience and culture born of these man-made conditions is after the fact and not the fact.

I believe anyone who cares to undo and end racism must make “White” as visible as “Black.” Trying to diminish “White” in our writing doesn’t diminish the concept’s power, it just makes it less visible and harder to confront. Harder to observe when it changes shape to survive.

Whiteness has historically survived on exclusion and ambiguity. As a publication, ATC will do everything it can to end the idea of “White” as humanity’s default and help readers see the concept as clearly as possible. As racial definitions shift to maintain the power of a few people, spotlighting them one capital letter at a time makes it easier for us to fight the same fight, to the benefit of every person who cares about their humanity and our collective humanity.

This editorial stance will be reassessed periodically.

Related reading which informed this position: