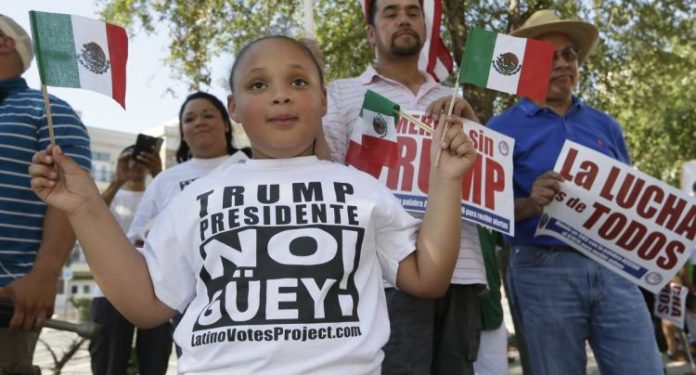 If Syrian refugees, police brutality, or the national deficit didn’t pressure you to pay attention to the United States’ 2016 presidential election, Donald Trump’s rise has.

Much can be made about his proposed policies and his conduct. But more objectively, Trump’s most positive contribution to American politics has been his presence. Donald being Donald has made Republicans reevaluate what it means to be a Republican. It has made people severely question if a two-party system is representative of what the people want. It has made people…care.

Society is rarely proactive. It tends to take a disaster like this year’s election for people to start evaluating the conditions that gave rise to the disaster in the first place. Donald Trump’s rhetoric, scandals, and success have made conversations about racism, xenophobia, and the democratic process absolutely necessary.

We’ve been complaining about picking the lesser of two evils for years now. Seeing a celebrity businessman come close to winning a presidential election has baffled us. The poor favorability ratings of the more traditionally qualified candidate hasn’t made the decision easier. But mostly thanks to Trump, we’ve had to take a serious look into other options. As discussed in my article exploring the possibility of a multiparty system in America, it would take a number of serious changes to the nation’s political landscape to even put pressure on the two-party system. But increased awareness of how party allegiances and the electoral college works is the first step toward challenging it.

Fear of refugees and immigrants, as well as intolerance for discussions about racial injustice, are not attitudes that belong to a small minority in the United States. Trump has helped us reveal the large chunk of the United States that holds on to those stances. Much of America is like that, and it hasn’t been this mainstream since before the Civil Rights Act of 1964.

It’s hard to combat prejudice and discrimination when those who have prejudiced attitudes can’t be openly identified as such. But thanks to Donald Trump’s rhetoric, tens of millions of American adults have loudly expressed fear and distrust of Muslims, undocumented immigrants, and political refugees. At the very least, no one can publicly deny the depth of racial and religious prejudice the United States still has to deal with. Trump has helped amplify these voices, revealing pain points of those with ill feeling toward marginalized social groups in America. Those working to make the United States a less hostile place toward immigrants, Muslims, and people of color can address more specific talking points after seeing how Trump supporters respond to his rhetoric.

Communities criticized by Donald HAVE to get involved

Engaging different religious and racial groups in the election should never be done by criticizing their place in the country. But the voices of Muslim-Americans, Mexican-Americans, and other Americans of color need to be heard. The mainstreaming of the “silent majority” was necessary to make involvement in this election more urgent than it already was.

Undocumented Latino immigrants are being given national platforms to speak out against Trump. Muslim-American women have formed a PAC in response to Trump’s campaign. Veterans have had to respond to Trump’s criticism of Humayun Khan, a convenient point of bonding between strong military supporters and Muslim-Americans. Rhetoric like his proposed ban on Muslims, as well as the Mexican border wall, have forced people to understand why those extreme attitudes simply can’t work if the U.S.A. wants to stand by its principles. His appeal to people’s fear and lack of knowledge had to be proven wrong on a national stage. As a whole, Americans now know their nation is indeed better than that.

People are doing their research

‘Fact-checking’ has never been such a popular term. When Hillary is not calling for fact-checkers like an aggressive soccer player calls for a ref, it’s actually a term we’ve come to like. Since this election has gotten so personal and scandalous, voters have no choice but to learn about the political dealings of Hillary Clinton during her tenures as Senator of New York and Secretary of State. You can’t help but have a better understanding as to how federal legislation really goes down once you do some digging. And even the briefest searches to verify Donald Trump’s claims point the obvious out: he exaggerates, or simply lies. It leads to the realization that many of Trump’s supporters are voting out of unfounded fear of something (i.e. ISIS, America’s economy, Mexicans), or party allegiance. Both terrible reasons for doing so.

Thanks to the outrageous nature of Trump’s claims, we now know most people voting for him are looking to resolve some form of fear rather than solve actual issues. Don’t like the establishment? Vote renegade Trump! Feel like American jobs are being stolen by Mexican immigrants even though they actually aren’t? Vote for the wall! Get nervous about Muslims? Don’t vote for that crooked lady who wants those Syrians coming through our borders!

So thank you, Donald

Thank you for representing the Americans who think Syrian refugees will terrorize America. Thank you for mainstreaming the perception of undocumented immigrants as “aliens” who are “stealing” jobs and resources from the good American people. Thank you for helping us see the errors in the two-party system and popular political attitudes more clearly. Thank you for getting we, the people, engaged.