How did Troy from Community… 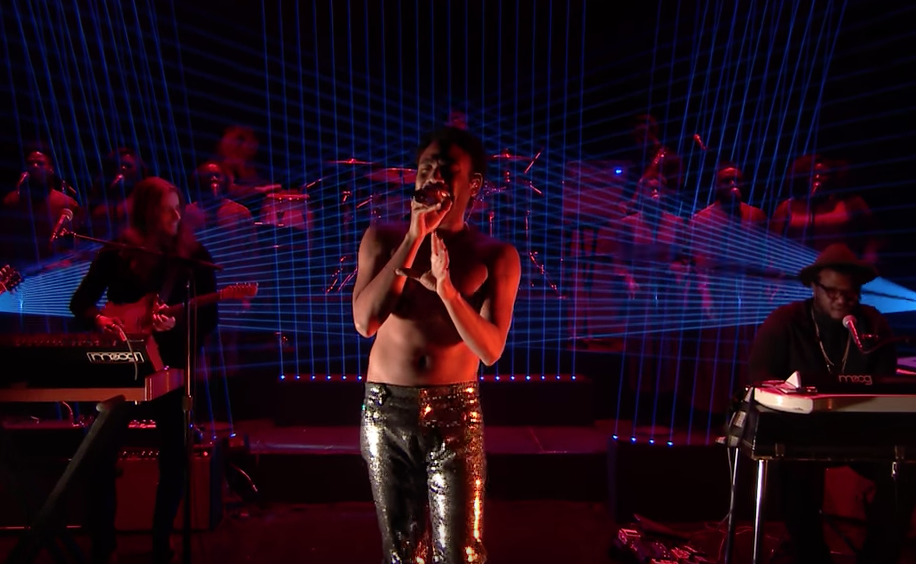 And for those of us who really peeped his musical growth, we could see the boy becoming the man. But not a man who wins Golden Globes AND sings better than the majority of men in hip-hop and R&B today. Who aside from The Weeknd that’s a current chart-topper could stretch their voice nearly as far and stay in pitch like Gambino did on ‘Redbone’? Who would have even thought to do some shit like that? And if you really peeped Because the Internet, or STN MTN/Kauai, we know he was really wit the rappin shit and could sing! But people didn’t think it was just a warm-up to what was about to come.

It’s hard to imagine there was a time that Community fans thought Donald’s music career wasn’t going to top what he had accomplished at NBC as a writer and actor.

I might be amping here, but who’s a more dynamic force in entertainment right now?

People. This late-blooming flower is fucking beautiful. He has White liberals who are on edge because of ‘Get Out’ playing ‘Redbone’ everywhere they go, passionately singing the hook around zero of their Black friends. He’s cool with the Migos. In 2017, THE Migos. They were doing aight getting grandmothers to dab in 2015. But 2017 Migos has older White women talkin’ bout they’re bitch bad and boujee. You ever think you’d see a White woman say, “cookin’ up dope wit a uzi,” just for fuckin’ fun??

Not only that, he won an award for best tv comedy and best actor in a tv comedy, and the shit is about two BROKE niggas who want to team up and try to make it as a rapper-manager duo in Atlanta’s hip-hop scene. Unlike most artists who look soft when their clique is around, they got the hood nigga on stage and the I’m-Ivy-League-smart-but-fucked-it-up headass as the manager who gets ripped off for thousands of dollars while Paper Boi and clever street-wise nigga Darius do the dirty work to get him out of trouble.

You’ve probably seen this show play out in real life if you’re working class and Black. Isn’t your cousin just pathetic? Tsk. Anyway, you ever think a story like that would be done justice by TROY from Community??

It’s one thing to find yourself in a craft. To see Drake become the head honcho he’s always wanted to be through his music, or Zac Efron evolving from teen heartthrob to rauncy-but-classy White male sex symbol through his various acting gigs. But to do it over several different crafts *exceptionally* well is another thing.

As a fellow geeky brown kid from a working class family who had too much going on inside his head, it doesn’t take much for me to appreciate the genius of Donald Glover. And I’m sure Donald, as strange as he is, has conversations with Childish Gambino once in a while. I wonder if he thanks him for the seeds he planted in the form of lyrics which have since sprouted into flora way beyond good rap music. I do.