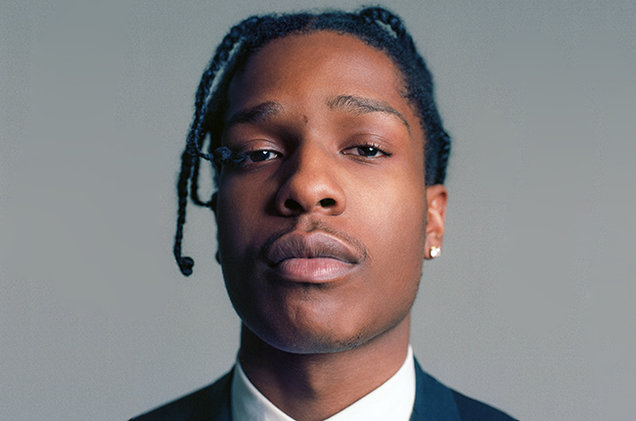 ASAP Rocky is one of the most successful hip-hop artists of today. He also “…don’t wanna talk about no fucking Ferguson and shit.”

Asap Rocky on the murder of black men. pic.twitter.com/u2UItO07ib

At least that’s what he said last year in an interview with TimeOut Magazine.

The quote on his disinterest in social activism resurfaced on Twitter last week. Many took offense to his aggressive don’t-give-a-fuck attitude toward supporting the Black Lives Matter movement.

Sure, “fucking Ferguson and shit,” is not the most tasteful reference to the Black Lives Matter movement. But is it reason enough to attack Rocky’s character?

ASAP Rocky could positively influence people if he were to take a public stand in solidarity with BLM. But it isn’t a requirement of his role as a hip-hop artist.

That being said, those who feel disappointed by his stance have every right to.

To say he can’t speak on Ferguson or Baltimore because, “I don’t live over there,” is a pretty lazy excuse to not care about Black Lives Matter. As if those events were isolated and couldn’t happen in New York City—*cough* Eric Garner *cough*—where he’s from.

The nature of celebrity in today’s world is strange. In theory, ASAP Rocky does not owe anyone an official position on the BLM movement. But our access to these people’s lives is so great, society can’t help but be emotionally dependent on what famous people think and feel.

Some might feel as if they KNOW Rocky. People wanted him and Chanel Iman to stay together. People mourned ASAP Yams’ death with him. But wait, he doesn’t fuck with Black Lives Matter?! Rocky nooo whyy?

Even more complicating is the scope of the United States’ recent racial issues. The conversation on police brutality and related symptoms of America’s deep-seated racism involves virtually everyone. Many who are invested in BLM, especially Black Americans, can’t help but feel irritated or upset at another Black American saying they have no association with the problem.

Rocky has since responded to the resurfacing of that interview, and has even participated in a Mic sponsored video campaign highlighting the unjust causes of Black Americans being killed by police.

FUK ALL THESE COPS KILLIN THE URBAN YOUTH DEM, N FUK ALL YALH NIGGAS FOR DICK RIDIN ON BASH ROCKY DAY, LMAO, UNTIL NEXT TIME TWITTER

It is difficult to have standards for civic engagement when we also want to uphold the individual right to care or not care about an issue. It’s like getting mad at someone for not voting when you know they have every right not to. That being said, where is the line drawn in this case?

As far as celebrities go, what are our actual expectations of them? In Rocky’s case, is it not okay for him to publicly dissociate from Black Lives Matter? If not, why? Because it harms the cause? Or because we won’t allow him to do that as someone we expect to support it? If it’s the latter, is that fair to Rocky as a person? Does he have to prove to the public he cares?

What all these questions lead to is this: balance between the personal and the communal is what makes a democracy what it is. You have to allow people to care about dumb shit or not care about important shit. Ideally, this creates a consensus about what’s irrelevant and what’s urgent. Despite the occasional not-my-problem attitude in response to Black Lives Matter, the people are speaking. And that’s how it should be.

Relying on celebrities to be society’s spokespeople is a bit much. But people holding celebrities accountable for negligent views on important social issues is something else. This story had elements of both, and shows a nation working to figure itself out.