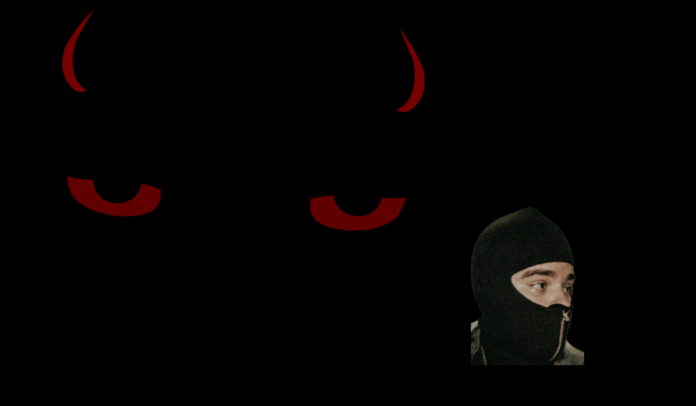 Percocets — oxycodone paired with the painkiller acetaminophen — do what codeine does a little more effectively. They slow you down, stiffen you up, and confuse you. It’s not pretty. Ecstasy, an amphetamine, turns you up and can make you hallucinate. Five years after “Mask Off,” the classic upper-downer combo is still an alarming concept no matter how many hip-hop artists gleefully describe the highs from both drugs. But unlike most of his peers, Yeat spends way more time rapping about before and after a high instead of during one.

There’s nothing quite like a high-functioning self-aware drug addict on the mic; they can take you on Hell’s scenic route and back right in time for the party. Yeat, rage rap’s finest, has been keeping it realer than most would give him credit for.

The belief that more complicated and wordy raps “say” more is dying out, but it’s still an obnoxiously loud one in hip-hop. Yeat is capable of witty verses that are low on repetition (“Money So Big,” “Lying 4 Fun”), but like many of his contemporaries, his best moments are standout one-liners and couplets rather than full 16s. Instead of focused one-shot scenes, today’s most popular rap hooks and verses are like Vine/TikTok compilations cramming a bunch of short, wild, complete scenes together and counting on the vibe to tell a full story.

Everybody act like their own god, that perc a demon!

Also like short-form social media videos, Yeat’s bars are often both shocking and charming. A good druggy rapper is both candid about the unsavory parts of their reality, but cool enough to make it sound fun.

Bein at the tippity top is hard I got beef with my kidney / He asked me why the hell I took all these percs I told that boy “shut up” / ‘Cause they feel good and shit … Why else would I?

A rapper that gives voice to his kidney is a) hilarious and b) concerned. This mini-comedy sketch isn’t his finest songwriting, but it’s one of the more unique episodes in Yeat’s in-too-deep plot line.

Whether in reference to drugs, money, and/or fame, Yeat talks to the Devil more directly and frequently than other hedonistic rappers. Yeat shows Satan as a fan, maybe even a mentor of his, whereas most rappers allow him (or her, in Kendrick’s case) to be a frenemy at best:

I just told the Devil “Go ‘head, upside down that T”

Linked with the Devil, told him I just need a signature, need his autograph

In Yeat’s music, Satan is about as ridiculous as his money twërking or his kidney talking. All of these seemingly hallucinated characters help Yeat reflect on his lifestyle and desires. There is essentially no difference between what Yeat and the average mainstream rapper wants. But there’s something about a college-age rapper who balances casual, mindful talk of death by drugs with a cartoonishly big wishlist — yachts, gigantic tricked-out (i.e. Tonka) trucks and SUVs, and even “the world’s first lean bar.”

Wanting It All and Not Giving a Fuck

Every time I didn’t give a shit, I still went number one

I just be so high, I don’t be tryin’ don’t got no tabs

Since when did I told you … that I try?

An artist this experimental who mixed and produced much of the seven projects he’s dropped in the past two years is obviously driven. There’s even a warped sense of maturity in Yeat’s raps when he discusses what it takes to live his lifestyle, mostly in the form of cold awareness to the rap game’s soul-sucking nature. But Yeat’s productivity feels like the results of week-long stream-of-consciousness benders rather than a militant grind.

For all the energy and color in Yeat’s music, his lifestyle has begun to sound more like a job and less like a party. He’s 2 Alivë, so he takes Percs for headaches and crankiness. He “makes the best songs when I’m dyin’.” And as much as he loves a brand new Urus or frog-eye Bentley truck, it doesn’t seem like he cares to keep one for very long before swapping it out for the next new toy.

I consider the bulk of mainstream rap today “death music.” Rap has always dealt in mortality and violence, but the music and the culture have never had so many young voices simply not care. Drill artists do it for the clique they claim, but the motivation is external (opps) rather than internal (loved ones). Led by Drake, our great crossover hitmakers are chronically irritated, uninspired, and sick of people. Other rappers who dare to hope for more in life than The BagTM and defeating enemies are too drug-addled to do much else. But for all the negativity, these artists are candid about what they think matters (not much) and perfectly reflect where (mainly American) people are at.

Yeat suffers from much of the same stuff his peers do. But when a culture is as low on innovation as rap is right now, an artist creating his own language and pushing his sonic limits while wearing head wraps and ski masks is worth appreciating. Besides, anyone inspiring thousands of people to leave comments as idolatrous as the ones pictured below must be hitting them spiritually.