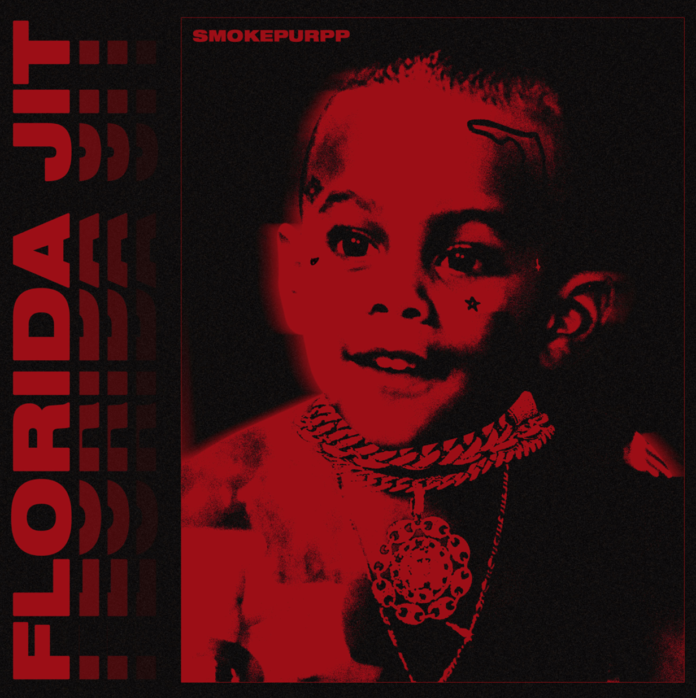 Like its sound, SoundCloud rap’s brand of visuals is largely designed by daring teenagers. The future of music belongs to kids who are coming of age with a myriad of quality creative resources at their disposal. One of hip-hop’s most prolific graphic designers today is Tylerissoepic, a professional years under the legal drinking age who has a thicker portfolio than most recent college grads.

From bubbling ground-level acts to some of the world’s best-sellers (e.g. Young Thug, Smokepurpp), dozens of hip-hop artists turn to Tyler to whip up a vibrant visual for their next release. Over the last five years, the Atlanta-born teen’s designs have played a big part in illustrating the energy of rap’s newest stars: boisterous, chaotic, and entertainingly rough around the edges.

Fittingly, Tyler’s earliest hip-hop influences are Kanye West, Chief Keef, and Lil Wayne, the latter two known for their prolific mixtape output and godfathering of SoundCloud rap. Like a true Gen-Z kid, Tyler used every tool at his disposal to get involved in the culture. He engineered music, shot videos, made beats and did photography before he realized how much he could do with graphic design.

From logos and social media banners to his bread and butter, album covers, Tyler learned to do it all as a graphic artist. Once he started sharing his work on social media, the collaboration requests flooded in. He hasn’t looked back since.

In a brief interview conducted via email, Tyler shared his background with us and answered a few questions about his work, his future, and the fledgling rap label Inzei Records. Get to know him!

Note: responses have been condensed for brevity.

“Something that stands out, something that not a lot of people have seen before whether it’s a simple design or an extremely complex design. Color schemes are also very important, certain colors mix really well together and pop out to the viewers. When designing a cover it’s important to design something that would fit with the artist’s style, stand out to everybody listening and make the viewers want to listen to the song.”

“Smokepurpp had the idea to incorporate a picture of him when he was younger into the cover … I took the picture he sent me of him as a kid and added his current tattoos, jewelry, many more small effects and made the overall color theme red and black. Florida Jit is definitely one of my favorite covers I’ve designed, I believe the cover fits the theme of the album very well and overall is a very clean cover.”

“For Gutta100’s Real Talk album he left the creative direction portion to me. I had worked with him previously on three of his single covers, so when he told me he needed a cover for an upcoming album I had a general idea in mind for the theme. I sent him a bunch of concepts until he came across the one that caught his eye the most.

The cover involves Gutta100 sitting on a police car that’s on fire. In the background, I incorporated money flying out of the back, bullet holes on the sides, and caution tape fading into the back.”

“We Outside” – Smokepurpp ft. Lil Mosey

“For Smokepurpp & Lil Mosey’s ‘We Outside’ single, I wanted to include something that included both the artists’ faces. I made a couple of concepts until I created the one that we all liked the best. I wanted to create something to do with an LED sign on a dimly lit brick wall … I added palm trees to the sign to follow up with the ‘Outside’ portion of the title. Lil Mosey & Smokepurpp’s faces, along with their names were the final step to the art. I added them all together into one big LED sign with glowing blue lights.”

Tyler on Being Signed to Inzei Records

“Me and [Rojas On The Beat] connected on Instagram around early 2018. I wanted to create some covers for his music and he wanted to see what I could do. I created some covers for a bunch of his songs and he ended up using them all. A few weeks later … he wanted me to come work with him and the Inzei Records team in Los Angeles. I believe I was in my first or second year of high school at the time.

“Eventually, I became the head graphic designer of Inzei Records working beside Rojas and the rest of the Inzei Records team in LA. I’ve learned a lot of helpful skills, met a lot of incredible people and really leveled up my creativity and art throughout my time working with the Inzei team. Rojas and the rest of the team have become like a second family to me, everyone lifts each other up and helps create opportunities for one another. I am extremely grateful for the opportunities I have been presented with and can’t wait to see where this journey takes us.”

“I enjoy designing in that realm of the industry mostly because you get to watch the progress and growth of new upcoming artists. You can watch artists go from nothing to the next biggest thing, which in my opinion is incredible to witness and be part of. You make a lot of close friendships and connections as well.

“I’m definitely interested in designing for more artists outside of the rap genre in the near future for sure. “

There are many skilled people involved in making an artist successful. With professional creative tools so widely accessible now, the craftspeople responsible for helping today’s budding music stars blow up are not limited by age, education, or resources. Tylerissoepic’s body of work thus far is a testament to that reality, and you can only imagine how many elementary school kids are sitting at home now poised to become a prolific designer, videographer, or producer in just several years’ time.