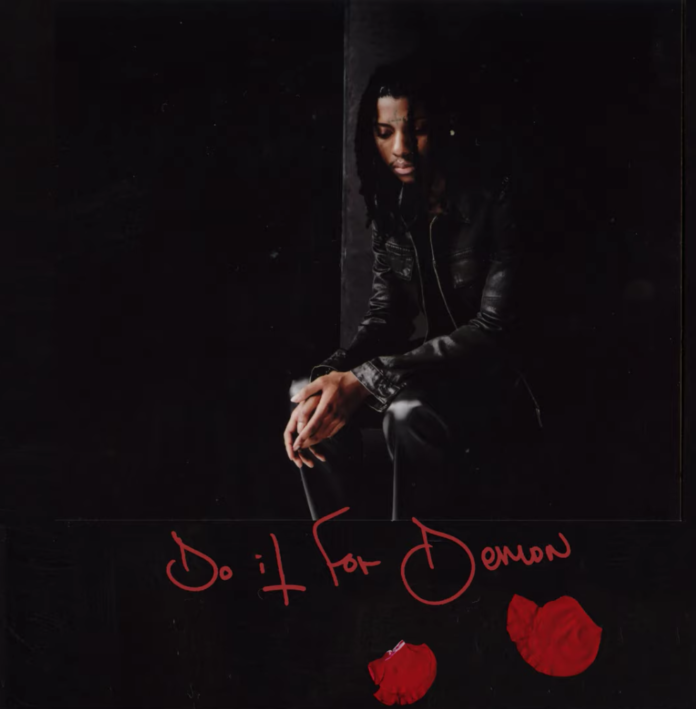 Do It For Demon is a serious departure from the sounds and subject matter that have come to define SahBabii. The acute murder talk and playfully vulgar sex bars are familiar, but Demon is mournful, sinister, and firmly in the streets whereas earlier offerings like SANDAS and Squidtastic were bright, animated, and set in the jungle or on a sunny beach at low tide. Sah changed the tone to complete a focused artistic mission — a full-length ode to recently slain best friend Demon Child — but he still manages to pack in gem shards that reinforce and add to one of the most unique worldviews in the rap game today.

When you’re not gliding along with his slippery melodies or chuckling at his punchlines, note a few of the following bars in SahBabii’s Do It For Demon for views on women, religion, and street life held by few, if any, other hip-hop artists:

In a 2017 interview with Ebro on Hot97, SahBabii gave a brief but fascinating description of Unknownism, his core spiritual belief. The upside down cross on his forehead, Sah explained, is Unknownism’s chief symbol: a rejection of Christianity in response to the religion being forced onto enslaved Africans in the United States. At its simplest, Unknownism is comfort in not having clear answers to life’s biggest questions.

With this foundational belief, Sah occasionally embraces the occult or Satanic in silly ways (e.g. “Tongue Demon,” “Squidiculous”). But there are moments in his discography where his faith is discussed more seriously. “Trapezoid” from his quietly wonderful 2020 album Barnacles makes direct reference to the upside-down crosses — also seen in the title screen of the “Do It For Demon” music video — but “Divine Order,” the intro to Do It For Demon, has an even sharper expression of Sah’s view on Christianity:

Is Jesus real? That nigga never came for us / Why they tryna put a curse on us? / They doin’ black magic but that shit’ll never work on us

While SahBabii certainly isn’t the first rapper to question Christianity, his explicit rejection of it is a step further than most artists in the genre have gone. Naming his own belief system is an even rarer decision of his, and it’s no surprise these weighty thoughts help open Sah’s most personal album to date.

“Bitch, Believe In Yourself“: Sah’s Feminism

SahBabii doesn’t quote bell hooks, and women in his music aren’t much more than casual sexual encounters or manipulators to steer clear from. But he is seldom disrespectful toward women, and Sah often expresses women have as much freedom and power in their sexuality as men do.

For instance, as the above quote from “Teacher” explains, SahBabii rejects gendered double standards when it comes to people who stroke men’s egos. Sex workers do it for money, Sah validates, while men often do so for crumbs of clout. He concludes a status-seeking man is much more of a groupie than a money-making woman, however that coin is earned. It’s clear Sah stands strongly by those words as they form part of the song’s hook.

Along with his acceptance of women as true peers to men, plenty of SahBabii’s artistic choices communicate a highly inclusive definition of sexy. The diversity of body types and races among women in the music video for “Switch” is a good look into how SahBabii understands beauty. None of the models are portrayed as Instagram-ready thirst-traps, but they all have unique physical traits that are captured honestly and lustfully. Along with Sah’s long history of outlandish comparisons between his sexual partners and wild animals — giraffes, rhinos, and hippos among others — it’s safe to say his view on women and sexuality is rooted in fun and respect rather than status and power.

The proportion of SahBabii’s lyrics on the topic of gun violence in a Black community is about as ordinary as it gets in hip-hop. However, Do It For Demon demonstrates the bulk of Sah’s murderous thoughts are motivated by love and loss more than ego and a scoreboard.

Rap is full of guys who position themselves as aggressors and centers of attention when discussing violence, which makes Do It For Demon novel for how much Sah wishes to stay away from potential violence. Among rappers with projects as steeped in gun talk as Sah’s Demon — including similarly antisocial rappers like Unotheactivist and 21 Savage — Sah’s latest project stands out as reluctantly and passionately violent compared to the nonchalant and sometimes gleeful violence of his artistic peers.

SahBabii most tenderly outlines his position in the streets in “Step In The Name of Love” and “Rewind,” tracks where all ill will toward others is directly connected to the loss of Demon Child. Throughout the album, particularly in those two tracks, violence is a responsibility and never an indulgence. As he airs out feelings of grief and vengeance, Sah can often be heard disappointedly telling Demon he “never listened” to his greatest advice: stay out of the mix.

SahBabii’s career embodies the idiom “marching to the beat of your own drum.” Going the independent route after a viral hit isn’t an easy choice to make, but SahBabii’s creativity grew spontaneously and inspired a highly committed fanbase as a result. It’s this freedom from record labels and mainstream expectations that allows Sah to thrive, a level of freedom he wishes Demon Child wanted for himself in the streets.

An aversion to spotlight and trends will always be refreshing to see in hip-hop, a subculture based largely on desiring visibility. Do It For Demon is full of SahBabii’s wise observations on the relationship between chasing relevance and losing yourself — perhaps your life — in the process. Sah’s reflections on Demon Child’s decisions are honest but loving, done with a maturity that make the tribute album to his late best friend even more impressive beyond the mere sentiment.

These niggas buyin’ uzis / Boy you watchin’ too many muhfuckin’ movies

Bars about guns have gotten wilder over the years, but Sah often raps about them with a cold realism. Not that I know any better, but yeah, uzis do seem ridiculous to tote around in the streets for a number of reasons.

Scared niggas be the first to pull the trigga

Apart from an abrupt Michael Myers diss, there is no false bravado in Do It For Demon. “Scared N*ggas” perfectly captures SahBabii’s demeanor, a balance between staying dangerous and being humble. It sounds strange for a rapper to admit that cowards pose just as much of a risk as hardened shooters, but “Scared N*ggas” is a fantastic thesis for this wise attitude toward self-preservation in the streets.