On October 6, 2016, Jahseh Anfroy was arrested on charges of false imprisonment, witness tampering, and aggravated battery of his now ex-girlfriend who was pregnant at the time of the offense.

Last month, Jahseh, better known as hip-hop artist XXXTentacion or just X, began a chilling promotional campaign for his debut studio album 17, including dark singles such as ‘In The End’ and ‘Revenge’, as well as a video of X faking his own suicide-by-hanging. About a week ago, 17 was released. The acoustic ballads, beautiful vocal layering, and depressing melodies on the album were just as haunting as the manic handwritten notes and stark photos on its cover.

XXXTentacion is a talented, troubled, and vulnerable 19-year-old. He’s also a young adult who has to reckon with a mountain of evidence against him for the charges related to that October 6 incident. Fifty-one pages of medical records, multiple witnesses, and incriminating audio recordings of X are said to support the victim’s claims. This is pretty damning stuff, even without seeing the pictures of the victim’s injuries floating around online.

Meanwhile, X has not only repeatedly denied the charges, but he has taken shots at the victim via social media and his music. In an interview with XXL from jail, he claimed there was “no evidence” against him. In another interview from jail, this time with Pitchfork, X claimed the victim was jumped and that she wasn’t pregnant at the time, one of a number of stories that many of X’s fans have used as validation for shaming X’s victim online. In his feature verse on Kodak Black’s ‘Roll In Peace’, he remarks, “Last time I wifed a bitch she told the world I beat her,” in disbelief.

The moral quandary XXXTentacion presents to his listeners seems to be the most attractive part of his image. On one hand, 17 is a damn good album, a clear cry for help, and the only positive thing this teenager has going for him. On the other hand, he still has not answered for the multiple crimes he’s been charged for in 2016, most notably the domestic assault. He’s a clear danger to others along with himself, and he hasn’t been held accountable for his actions yet. That being said, is X’s musical career serving as his path toward the light, or an escape that grants him fame and validation for being as fucked up as he is?

If music is his light, are we right to shame him for his success? If we champion his music as genuine mental health therapy while letting his version of events from the October 6 incident stand, are we propping up a monster?

What makes those questions hard to answer is that you can frame the success of 17 as both. I haven’t heard an introduction to an album more heartfelt than ‘The Explanation’ in a long time. I’ve never seen a young brown-skinned boy from South Florida sing with such scared, unguarded punk-rockish vocals. There’s something very raw about 17 that demands empathy, and it seems like that’s all X is looking for. But as much as musical success is a part of his growth, being held responsible for the trail of violence and pain he’s left behind him is also necessary. His refusal to take on that responsibility is not surprising given his youth and troubled history, but if we as listeners actually want him to change for the better, his self-proclaimed innocence has to be challenged.

Can we be critical of X’s past and still enjoy 17? Yes. Despite the polarized nature of American pop culture, the increased visibility of XXXTentacion and the increased scrutiny seem to be equal weights added on either side of the scale. But fans and critics have as much responsibility as Mr. Anfroy to keep the phenomenon of XXXTentacion in check. 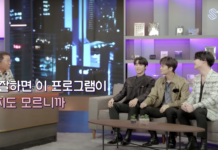