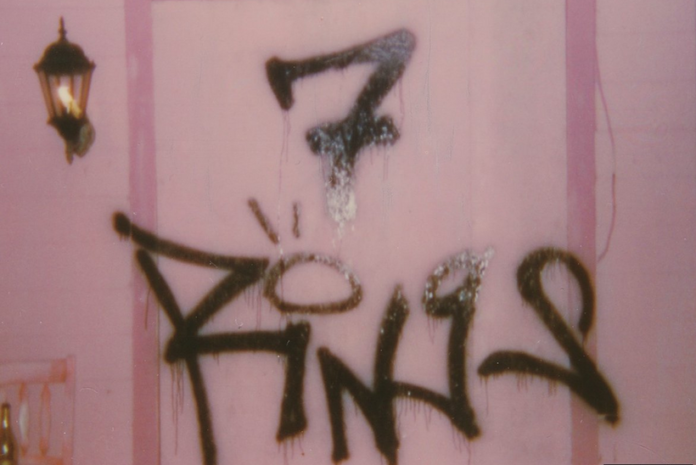 There is an art to the annoying viral pop song. Many of these unavoidable tracks have earned their status because every second of the track is crafted to entertain. Often, these songs present a common feeling in a way unique to the artist but true to everyone. The “In My Feelings” hook seizes attention because no one but Drake would find that high, melodic pocket in such an aggressive, rolling bounce/trap instrumental. The use of other voices in very punchy features/samples also keeps the listener from getting too annoyed with Drake or bored with his relatively mundane first verse. In short, a lot went into “In My Feelings.” It’s a 15-person project, an orchestrated piece, not a vibe Drake stumbled upon and got lucky with.

I think the same of “Thank U, Next.” After the success of sweetener, Ariana Grande’s precious, Buzzfeed-ready takes on the ups and downs of young love were all anyone wanted. Along with the perfectly-set public stage, “Thank U, Next” is another great example of a well-crafted pop song. In just three words, the title and hook preach millennial-flavored gratitude, optimism, and a tasteful level of shade. The love/patience/pain theme of the bridge guides the song from sad to triumphant and adds legit wisdom that elevates it out of cute-Disney-breakup track. The reflections in each verse are personal, confident, and melt into the bridge seamlessly. It’s an easy listen because it’s done so well. As far as it being obnoxiously cute or girly, the songwriting and performance is true to who Ariana has always been in the public eye. She was honest about a really tough time in her life and turned it into growth and success. What is there to hate?

“In My Feelings” and “Thank U, Next” are examples of songs that deserved to be annoying and everywhere. They were true and did something different yet simple enough for everyone to get on board with. But no one can say the same for “7 Rings.”

There isn’t a single lyric in the song I couldn’t get from another artist aside from the trivial story about how Grande bought rings for her and six of her friends. Cool.

“I want it. I got it,” or a variation used by male artists directed toward women, “You want it, I got it,” should never be used in a chorus ever again. Just search the phrase and see how many times it’s been used in the past. It’s repeated for most of the “7 Rings” hook. It’s dry. The one inflection of personality is the line about Grande wearing weave, but more on that later.

It doesn’t take a serious rap fan to tell you the flows in “7 Rings” are borrowed. There are plenty of other pieces covering the drama of who accused Ariana of what, so I won’t get into that. But along with the offensive unoriginality in the song itself (which I’m sure the creators of this song are wearing with their chests out), the music video doubles down on a more conventional bad bitch look for Ariana rooted in hip-hop. So she’s on all fours on a table and brags about her “stacked” ass? Girl, what?

It’s not about policing what a woman can or can’t do. It’s about an artist being real. Black male rappers are the biggest cappers of them all, so I’m not singling out Grande for this one instance of straight-up lying for the sake of a bar. Doesn’t make it less wack. And for some strange reason I can’t quite put my finger on *side eye*, mainstream forms of rap and Black femininity are common go-to strategies for White female pop stars “going bad,” becoming a “boss bitch,” or whatever synonymous words/phrases you like. Also, the nod to the reality of weave being used by non-Black women is a weak way to make up for putting on an entire style and sound just ’cause you can, even if it’s just one song.

It’s cheap for a White female pop star—especially coming off of a very strong album in which she truly found a sound of her own—to use the most basic of rap as the foundation for her sad-bitch-to-savage transition. I like the melodies she sings in the song, but everything about the track making news has to do with the rapping, and that’s annoying. Not, “She’s too successful” annoying, but “The hype is unearned” annoying.

Often, I’m quick to defend the commercial success of pop stars. Sometimes they’re making a point about obsessive hate toward them (e.g. Taylor Swift). Other times, their product is simply A1 and we don’t give credit to people who know the science of pop (the two examples earlier in this article). But “7 Rings” isn’t “bold and self-assured,” or an “evolution,” and she certainly isn’t, “the only person in the world who could credibly release a trap-infused rework of a Rodgers and Hammerstein joint.” There are too many talented and notable female artists of color out here for Ariana Grande to get so much credit for adapting the blandest of “trap” into her music.

Obviously, “7 Rings” does a lot for a lot of people. If, to you, this is harmless indulgence being led by someone who has suffered a lot recently, I’m not hear to say you can’t enjoy it. Just acknowledge why the song and music video, along with the overwhelming critical acclaim, are significant slights to hip-hop culture.

Ariana Grande is a great artist, and I hope she continues to succeed. Just not as a poor imitation of a crossover pop/hip-hop star.