I get that it sounds like a roast to assign any group of people Ls to hold. But while the category is primarily humorous, the commentary in each of the ‘Year of Ls’ articles is meant to be valuable. In this article, I really want y’all to understand how bad Native Americans have it in popular culture and mainstream media, with the hope that you will try your best to include Native American issues where it makes sense to include them in critical dialogues about American society.

Below are 2017’s major slights toward Native Americans.

Wind River was the best movie no one talked about

I loved Wind River, and you already know my frustration with people not talking about this movie enough. Amazing storyline, a cast of legitimate stars, and a much harder-hitting social message than many of 2017’s more “conscious” films. Ties in greatly to the last section of this article. 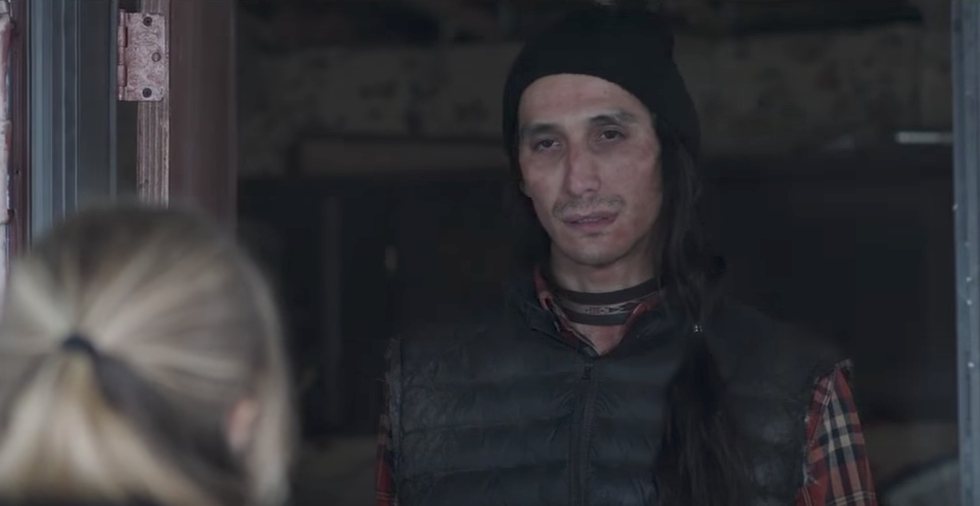 We thought all those protesters, police-issued beatings, and cases of hypothermia from fire hose attacks in the winter was enough momentum to turn the postponement of the Keystone XL pipeline project into a denial of it.

About a year later, not only does the expansion of this pipeline system seem inevitable, it also does what everyone who protested it feared it was going to do: leak a stupid dumb amount (210,000 gallons) of oil into land heavily populated by Native Americans.

In 2010, its first year of operation, the Keystone Pipeline system leaked 35 times. It’s leaked many times since then, and the idea that lasting economic benefits and safer fuel production would result from adding to this monstrosity via the XL project is absurd. Even without the expansion, this pipeline is a constant threat to Native lands in the Dakotas, Montana, and Nebraska. And with Trump approving TransCanada’s construction, the XL pipeline will soon add to this environmental tumor.

If you’re an American in your 20s or older, you’ve at least heard of the movie Fargo. Bonus points if you’re familiar with Dances with Wolves, both considered classics.

While Steve Reevis didn’t have lead roles in either movie, being cast in two important supporting roles in Academy Award-winning films as a Native American actor is a hell of a feat. Trust me, I’m from the Twin Cities. White adults love Fargo. They’d vouch for me here.

Along with other notable roles in films such as Geronimo, Crazy Horse, and the 2005 remake of The Longest Yard, you’d think such an accomplished actor of such an underprivileged social group would at least get a brief flurry of articles written about him from important websites and tweets acknowledging his groundbreaking life for a day when he died. But neither of those things happened the week of December 7th when he passed.

We aren’t obligated to talk about every important non-White celebrity’s death. But what will it take for Native American figures to be recognized in American pop culture? Frankly, if I wasn’t looking for a picture of Gil Birmingham on Twitter to talk about Wind River, I never would have known Reevis existed let alone recently died. And most of us aren’t just out here stalking Gil Birmingham’s Twitter account like that.

The Monday after Thanksgiving saw the White House honoring three Native men who were crucial Code Talkers that served the United States during World War II. Trump’s praise for the trio seemed genuine and classy enough until a classically weak and petty at one of his many political rivals soured the tribute.

First of all, this isn’t the first time he’s called Senator Elizabeth Warren “Pocahontas” in disparaging reference to her claims of partial Native ancestry. Secondly, how immature do you have to be to steal attention away from a group of valiant old men who deserved more than every second of that fleeting spotlight? Serving a country that’s done nothing but pillage their families and community to this day just to be the footnote of a manchild’s latest drama. Tchw.

Why. Why is this par for the course for the glorified golf club vacation that is the United States’ 45th president’s first term?

Furthermore, imagine the uproar if he was recognizing Black women and called Maxine Waters Harriet Tubman. Or if he called Senator Tim Scott (D-South Carolina) Nat Turner. Insults to Native Americans, much like every other form of pain inflicted on Native Americans at large, just don’t register the same way they do when other Americans of color are maligned.

Native Women nowhere to be found in American feminism

You’d think a movie with the star power, critical acclaim, and relevance Wind River has would be enough to get people to start talking about how Native women factor into the American feminist discussion. But nope, just not as fun to talk about as Taraji P. Henson and co. in Hidden Figures. That scene where the White guy knocks the colored bathroom sign down?? OMG YEEESS.

I know that social justice-minded people of color generally aren’t looking at Hidden Figures as a model of social commentary in Hollywood. But it’s simple, preach-to-the-choir messages like that which get the greatest responses from movie critics, consumers, and industry figures. Certain narratives of inequality get more of our attention simply for entertainment value, which means they have to be relatively easy to swallow. And while we can’t make all conversations or counteractions of social injustice priority number 1, the showmanship involved in earning a platform for other causes really hurts our Native brothers and sisters.

I really can’t tell you how to defeat the Keystone XL pipeline, or raise enough hell on behalf of Native women and Steve Reevis without seeming obnoxious or disingenuous. But I can write this, and you can read this. You can share what you learned to your friends and family, and maybe, just maybe, we’ll all start looking a bit harder to give the stories of our Native peers more light in the future.