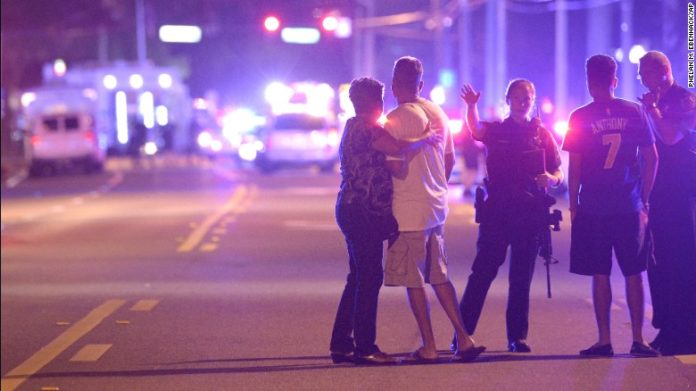 The recent homophobic mass shooting of over 50 LGBTQ+ Latinx* folks at the Pulse nightclub in Orlando, Florida has shed light upon an issue our society faces. Of course, homophobia runs deep within the veins of our country. But the intersectionality it has with racism still goes unnoticed today.

Eighty-percent of queer* people murdered are people of color.

Let me repeat that.

EIGHTY-PERCENT of queer people who are murdered are people of color. This is a true reflection of the United States’ values, the continuous upholding of white folks in society. Placing it into this context, it’s white cis*-gay men in the queer community.

The erasure of queer and trans people of color, especially during the Pulse shooting, is inherent within our society. It is in the media, the way people report on tragic events, or any event at all. The focus tends to be on white people, which dehumanizes anyone else who does not identify as white.

Every time I log onto any social media site, I am bombarded with dozens of articles on this tragedy. There is usually little to no mention of the actual victims of the shooting, which are black and brown folks, mainly Latinx folks. The domination of white cis-gay men in the queer community is what most people see and hear.

Even with the vigils being held all over the country, white folks were the main attraction. 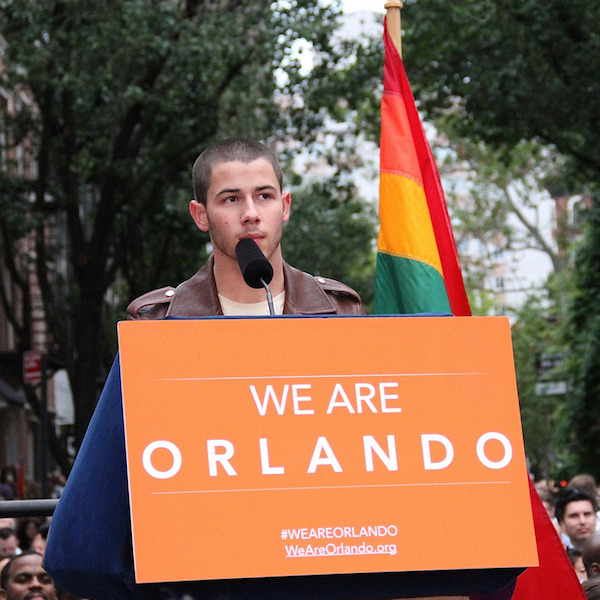 For instance, Nick Jonas was the main speaker at the vigil held at Stonewall where he, a heterosexual cis man, was still revered despite not identifying as queer. His speech reeked of privilege and ignorance as he talks about how he is, “very comfortable in [his] own skin”.

“I’m very comfortable in my own skin and I’m thankful to have as many close gay friends as I have, people who have been so supportive in my life, and have always been there for me.” – Nick Jonas

Concerning the history at Stonewall, Marsha P. Johnson, a transwoman of color, sparked the riots that led to the beginnings of a liberation that turned into a liberation movement for white gay-men. So then what’s the meaning behind allowing a heterosexual white man to take up more space in a place where queer and trans people should be held in love after a tragic event?

Connecting from the 1970s to now, white cis-men are still dominating the queer community, allowing for white supremacy to thrive and for the marginalization of queer/trans people of color (QTPOC) to continue.

The whole notion of already being marginalized as queer folks creates a community where QTPOC are erased and forgotten. The intersectionality of sexual orientation, race, and gender identification is usually forgotten. We as a society still tend to focus on those who hold the most privilege and power—white cis men.

Even within the queer community, racism still occurs and the ostracization of trans or non-binary folks still occurs. There is a sense of entitlement when it comes to cis-gay men, especially white cis-gay men.

Speaking from my personal experience, they have imposed themselves on my partner and I when we were at a bar. One insisted that he was going to date my partner’s “girlfriend”, me, if they (my partner’s pronouns) didn’t want me anymore. Also, within that same night, another group of white cis-gay men asked my partner and I to come smoke with them while we were outside in the patio area. We both declined, which the group of men responded with, “What, you think you guys are too cool or what?”

As a queer cis-woman of color, I find this utterly disgusting – of how much ownership white cis-gay men think they have over everyone else. I get a sense of colorblindness stemming from this privileged group.

Just because we are marginalized for being queer does not mean that racism is all of a sudden eradicated, or as if transphobia has disappeared as well. Talking about racism or transphobia within the queer community is a sensitive topic. Yes, I know. But this erasure of QTPOC allows for the continuation of white supremacy to exist, and helps perpetuate ideologies that should not have a space within our society.

Although I feel uneasy and sad about the Pulse shooting, it happens to QTPOC folks on the streets everyday. Just because the queer community exists, does not mean it is a safe haven for every queer person out there. It is not possible to separate sexual orientation, race, and gender identification. There are layers upon layers to each and every one of our existences.

If we continue to erase the experiences of QTPOC, then we are only contributing to institutionalized oppression. We’d be adding links to the chains that will hold us from our own liberation.

My liberation is connected to the liberation of you, everyone around me, and beyond. We must continue to move forward and forge a new society with love and compassion as the foundation, for I will never truly be liberated until everyone is as well.

*Queer: used as an umbrella term for LGBTQ+

*cis-: Short version of cisgender. Denotes a person who’s gender identity conforms with the social expectation of their biological sex (i.e. not transgender)