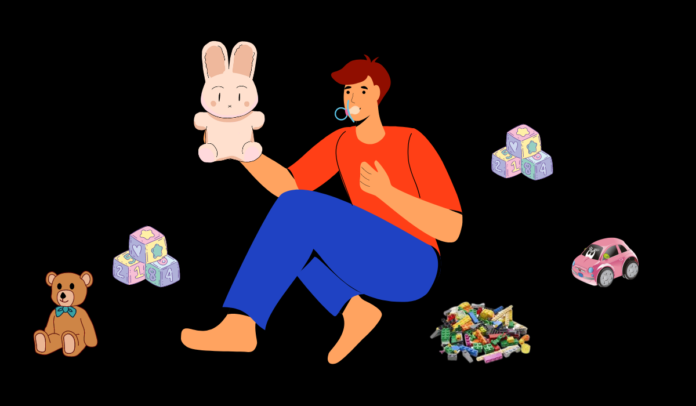 Get a degree, rent a car, and stop seeing a pediatrician. Only halfway through your 20s are you actually an adult, says recent conventional wisdom. Besides, neurologists said so! Right?

Nah, not really. The brain’s frontal lobe does undergo serious development in a person’s 20s, but brain development is not linear or static in adulthood. Thank Slate for gathering leading neurological researchers to tell us it’s all a misunderstanding, but their brilliance may be lost on us.

Here’s the gist of Slate‘s piece on the 25-year-old brain myth: your brain changes a lot in your 20s, scientists do not believe 25 is the magic number of adulthood, and not a single American scientist has publicly stated there even is a magical number. Even among proponents of the idea that “25 is the new 18,” a later age of maturity is viewed as a flexible social function rather than a natural law we ignored.

Big physical changes to the human brain can happen throughout a person’s life, with one 2016 study finding that “volumetric changes from ages 15-90 … never ‘level off'” (Leah Somerville, Harvard psychologist).

Our understanding of age and maturity largely depends on what aspect of life we’re talking about. US youth activists and congresspeople alike believe a 16-year-old should be allowed to vote. There’s also a growing minority of young American adults who believe 24-year-old people could be victims of statutory rape.

Who is “of age”? What is “maturity”? Are the answers to these questions meant to be rigidly consistent or intuitively fluid? Is an 18-year-old male a man, period? Is a 16-year-old mature enough to operate a 2-ton vehicle on the road and have a say in the country’s laws yet too immature to have sex with an “adult”? Should teenagers ever be tried as adults in a court of law?

Among the biggest variables in our standards of maturity are race and socioeconomic status (SES). White Americans in their 20s are often allowed to be “kids” who make mistakes that Black people in their 20s may see jail time for. Then there’s the US’ gaping class divide which sees teens in low-income households paying bills and taking care of younger siblings while middle and upper-class 20-somethings are relatively carefree in college: planning meals around free food events, being protected from some legal consequences, and either speaking nervously about the “real world” or speaking confidently knowing their family has set them up. Those groups overlap in college, but any shared status they have begins to disappear after graduation; more fortunate grads launch into careers with little debt while lower SES grads are left stuck, pulled forward by degrees and pulled backward by loans and other obligations.

Childhood, it seems, is something afforded to a person as much as it is a biological state. Who is ensuring the 14-year-old boy in a single-mother household does not become “man” of the house? Who is ensuring the 20-year-old college student does not get arrested for underage drinking and disorderly conduct on a rowdy Thursday night?

Protecting children is important. Raising capable adults is, too. In a country founded on exploitation, age limits are useful brick walls that help us point out people reckless enough to try and break through them. But for as many sexual predators, would-be child slavemasters, and chaotic kids are thwarted by legal age limits, 25 as the de facto border between childhood and adulthood might leave today’s youth with very confusing expectations.

So, who are the adults in the room?