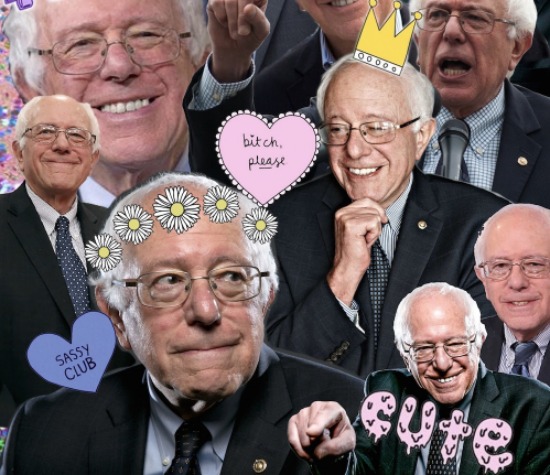 As women, we’re socialized to praise men in everything they do, no matter how mediocre. So what happens when men go “above and beyond” what we expect from them? I’ve heard my female friends exclaim righteousness over men who ask for their consent before sex, practically throw a party for their white male friends who don’t look past issues of race and racism, and dote on men who call their bros out on a rape joke.

The bar is so low, but y’all still gotta praise these men? Please.

Ally Cookies are awarded to men who are doing the bare minimum when it comes to social justice. Usually, they’re not even doing liberation work, they’re just calling shit out. There’s no utility in calling out problematic behavior unless you’re additionally doing something to combat it. When your #WokeBae asks his roommate to stop making rape jokes in front of you, that’s not a SJW, that’s a dude who is being a decent person. Is he taking the time to explain to his friend why rape jokes aren’t funny? That’s not a liberatory practice, it’s just performance, but he’s still crunching away on those cookies.

When men engage in call out culture, especially in realms of sexism and racism, they are doing good work. But it’s not anything worth praising. Women, trans people, nonbinary people and people of color have been doing this since day one, but we get labeled “angry,” “reaching,” “uptight,” and we “can’t take a joke.” But when men do it, especially white men, we as a culture show them immeasurably more respect, give them platforms, and put them on ally pedestals.

All men benefit from patriarchy and are patriarchs, whether they admit it or not. Yes, I mean ALL men, including men of color and trans men. Hegemonic masculinity is inherently violent and dangerous. With male identity comes privilege. All men carry male privilege, just at different intersections. So when men are actually listened to and respected for calling things out, that’s male privilege at work.

I’m immediately distrustful of women and others that were and continue to be diehard leftists, celebrating white progressives like Marx or, more relevantly, Bernie.  We love their politics and find traction in their arguments of class, reappropriating them until they relate to gender and race, but why aren’t we listening to more marginalized leaders?

bell hooks, a respected feminist scholar and writer, told Bust men like Bernie Sanders and Barack Obama are “patriarchal men we can love,” and she’s right. So are our male partners, fathers, brothers, and friends. But let’s not forget that they’re still men. They still carry with them male privilege and will always dominate spaces in which women would do just as great, if not better, than men. They will always put women and LGBTQ+ people in the backseat if it means furthering their own male-centric agenda.

How do men fix this?

Men can fix this by sitting down and shutting up for once, letting women and nonbinary people speak and take on leadership positions. And when we are in leadership positions, men can stop questioning our leadership abilities, stop talking over us, repeating points we’ve just made, and mansplaining our own politics to us. Instead of taking up women’s space and time, men can engage other men. When your #WokeBae calls out his roommate for that rape joke, he can pull him aside and explain why it’s not funny. When he finds out he’s friends with a rapist or other abuser, he can call him out and stand with survivors instead of quietly still hanging out with the abuser. Men can stand up for women’s and LGBTQ+ issues by being allies, not revolutionaries and leaders, and they can stop expecting and accepting praise when they do something right by us. And yes, I mean ALL MEN.

I recently organized a feminist teach-in where we needed men to help run the program. We wanted to utilize their privilege in our space productively. Specifically we were looking for men to volunteer to talk about sexuality, but also to be organizers and run the space with women, possibly needing to ask abusers to leave the space if need be. We figured our projected male volunteers would be less likely to feel unsafe asking abusers to leave the space if they were making attendees uncomfortable.

Male volunteers were nowhere to be found.

This exemplifies how #WokeBaes still carry male privilege: they can disengage from justice issues because their entire livelihood is not based in identity politics and justice issues unlike women, LGBTQ+ people, and people of color. Men are so quick to take up space when they’re not needed or wanted, but when we ask for help, they’re nowhere to be found. Part of being an ally is not picking an choosing which issues you engage in. So I ask, men: Where are you when issues don’t benefit you? Be there when we call on you.