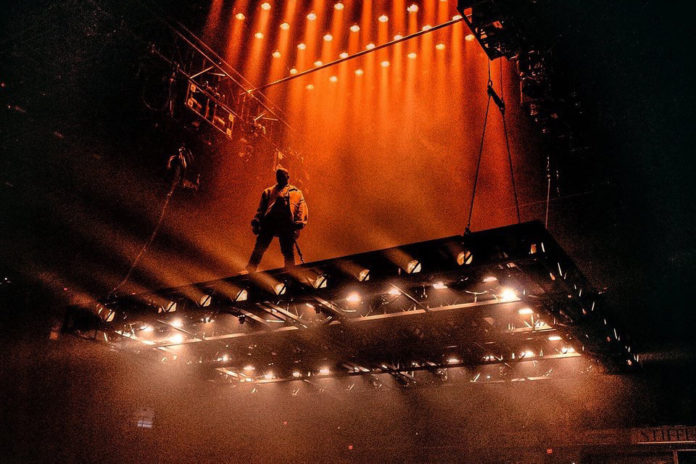 On Monday the 10th of October, Saint Pablo himself blessed Saint Paul, MN with his presence, putting on a show of epic proportions for thousands of fans at the Xcel Energy Center. Kanye moved the crowd like no other has before, and through this article I will explore how Kanye has pushed the envelope for the art of staging and how that helped shaped such a magical crowd experience.

Before going to the show I tried not to spoil any details; I expected that the set list would be hype and that he would be looking dope as hell on a floating stage. I couldn’t help catching a glimpse from a few posts, but I kept those to a minimum. What I was least prepared for was the electrifying feeling that coursed through my body as Kanye performed hit songs from Late Registration through The Life of Pablo.  The energy that Kanye brought and the amount of human energy in the building was addictive. I didn’t want the night to end; when it finally came to an end an hour and 45 minutes later, I felt sad yet satisfied. I don’t know how to properly explain my feelings from that night, but I can tell you this, I have never been to a show like this. Even my artists that I have more emotionally connected to have not been able to move the crowd like Kanye did that night.

I would like to start at the beginning of my experience that night. Me and four of my friends went all out and got GA tickets on the floor directly under Kanye’s feet. When we first got to the floor, an hour and a half before anything started, we were encapsulated in a faint, soothing ambient sound. Some strange nature-like noises that had a very calming effect which appeared to quell the angst of the crowd in waiting. I found it very relaxing and enjoyed the time we waited, meeting fellow concert goers, hanging with my friends, and strategizing the best way to enjoy the show.

The most noticeable thing about the crowd was its diversity. There were all sorts of people in the midst, all joined together to celebrate their love of Kanye’s musical genius. Everyone was happy, excited, and ready to go nuts. You could see the energy bubbling just under the surface of their expressions, which made the wait even more anxious.

Another thing I noticed was every section of the stands filling up as people gradually entered the arena. There were no closed off sections in the Xcel due to the versatility of the stage setup. Because of this mobile floating stage, Kanye was able to fill nearly all 18,500 seats in the Xcel and probably make tens of thousands more in ticket sales than an average static stage performance. Not to mention, because of the moving stage there were probably no seats in the house that were any worse than others, maybe except for the nosebleeds.

When the show finally started, all our excitement peaked. ‘Father Stretch My Hands Pt. 1’ came on. Kanye stood tall and wide on the stage, tilted towards the crowd as it began to crawl forward. The stands lit up with camera phone lights and a wave of energy hit me square in the chest. At that moment I realized that this was more than going to a concert to see Kanye perform, we were part of the spectacle. We were pieces to the set.

My crew and I were posted up center floor at the beginning and as the stage slowly crept over us the crowd around us went nuts. Pushing, jumping, shouting and pure excitement exploded from the everyone around us. Guys and girls alike of all sizes were going nuts under the lit halo of Kanye’s stage. It was phenomenal! The mosh pit that took place under the stage was on blast yet friendly, with people picking up strangers as they fell, just to push them back into the frenzy.

What was most notable about the floating stage was how it affected the dynamic of the crowd on the main floor. It was an extremely fluid crowd that chased after the stage and also gave the option to take a backseat away from the action. This allowed for a choice of your viewing preference while you were on the floor. You were never glued to one spot, forced to stare at the back of hundreds of heads that are taller than you or having your rib cage crushed against the front row railing while the whole crowd is trying to push its way forward to take your spot. All of those undesirable scenarios were abolished and replaced with a more democratic crowd experience. You could move around the stage and find a spot that is practically front row staring up at Kanye, get right up in the action happening beneath Kanye’s feet, or you could slide away from the stage to enjoy the more open space away from the throng. All in all, the floating stage was an amazing idea and transformed the experience from being a stagnant body in a sea of people to a whirlpool of waves crashing around each other.

As one of my cousins who sat in the stands described it, Kanye was like a king on the stage and we were all peasants chasing after him, fighting under his feet hoping to take his place. As much fun as I was having, in the back of my mind I couldn’t keep from feeling all the eyes that were watching the scene that Kanye was conducting. He was like a puppet master, moving the crowd with invisible strings of musical energy. I couldn’t help but feel the same energy that Kanye was receiving from all those people watching us dance, and him sending it right back to use through his music.

Song after song, the crowd would cheer. Each new song brought a wave of more energy that continued to compound. It’s hard to pick out a favorite moment in the show because it all flowed together so smoothly. Easily the most hype show I’ve ever been too, but by the end I didn’t even feel tired. This is partly due to Kanye’s brilliant setlist and also due to the amount of energy in the building. There were strategic chill moments that gave the crowd rest from the hype but kept them visually engaged with the amazing stage and light setup that he created. A great example of this was the intro to “Blood on the Leaves” which had an extended lead-in that was mellow but accompanied by a creative use of the light runway that hung above the stage. The lights lowered onto the crowd, tilted side to side and lit up in a patterned fashion to the music. Even tho the crowd had calmed, we were all on our tip toes anticipating and craving the next moment to jump.

For as easy as it is to say that Kanye is ego-tripping by performing on a stage that floats over his fans, I found it interesting that he was rarely in the spotlight during his performance. When he was in the light it was under a low orange glow and the brightest lights were the ones under his feet. He was often shrouded in shadow while the light show was in full swing. It was as if he wanted more attention on the crowd beneath him and the amazing feat of lighting and engineering that made this show so spectacular. A great example of this was during the final song “Ultralight Beam”. A great spotlight lit up the center of the floor while Kanye and his stage took a back seat, far off to the side of the stadium. Clear symbolism of his belief in a God and his humility to this higher power, which has been a common theme through his latest two albums.

It felt as if Kanye was intentionally putting his fans in the light more so than himself. Even the stands had a row of orange lights constantly trained upon them. Kanye certainly turned the dynamics of staging on its head, bringing the crowd into the folds of the experience, making them actors in the spectacle instead of just pacifist observers. This show makes all other concerts I have witnessed pale in comparison. No other concert has made me feel so connected to the performer and the crowd. I can’t wait to see how Kanye sets the bar even higher next time. 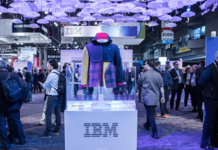