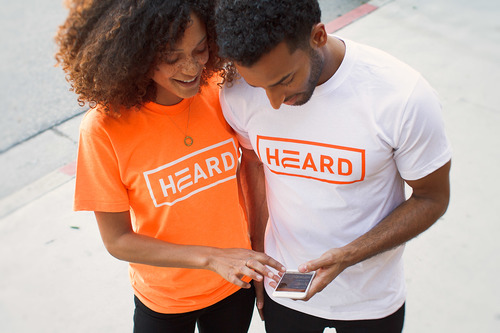 It’s not often social apps have value outside of social interaction. Even more rare is a social app that engages young people with real-world issues instead of distracts from those issues. Civic Eagle is the rarity I am talking about here.

Civic Eagle’s platform hosts political discussion and engagement in ways that popular social media platforms haven’t thought of, and policymakers dream of. Civic Eagle records consensus data on approval of political events (i.e. stances taken on issues, laws passed), hosts debates between users, and will soon have options for users to get involved in their local legislative processes.

Its sleek and simple design is attractive. Equally sleek and simple is how the Eagle app packages information. Say you go to their ‘Debate’ tab looking to read or share opinions on a popular issue. The Eagle app organizes positive and negative sentiment toward an issue with the option to ‘Support’ or ‘Oppose’ it. Users then have the option to explain their support or opposition of a given topic.

The comment option has a character limit to keep opinions concise. This is not a place for trolls, or people who want to ramble without considering the opinions of others. And if you don’t know much about an issue, the ‘More info’ tab gives a brief but thorough summary of the issue, along with popular arguments for the support and opposition of a topic. 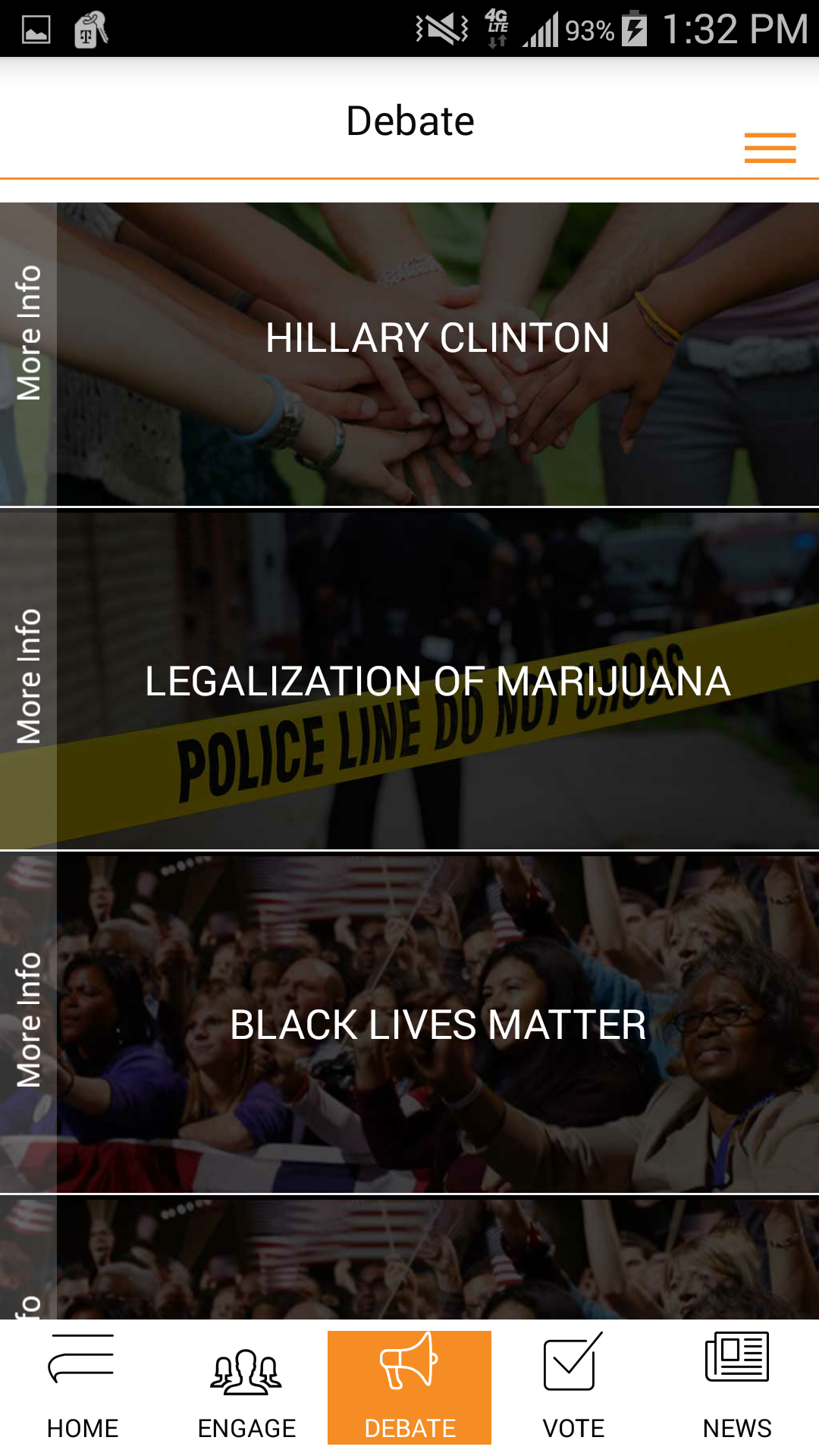 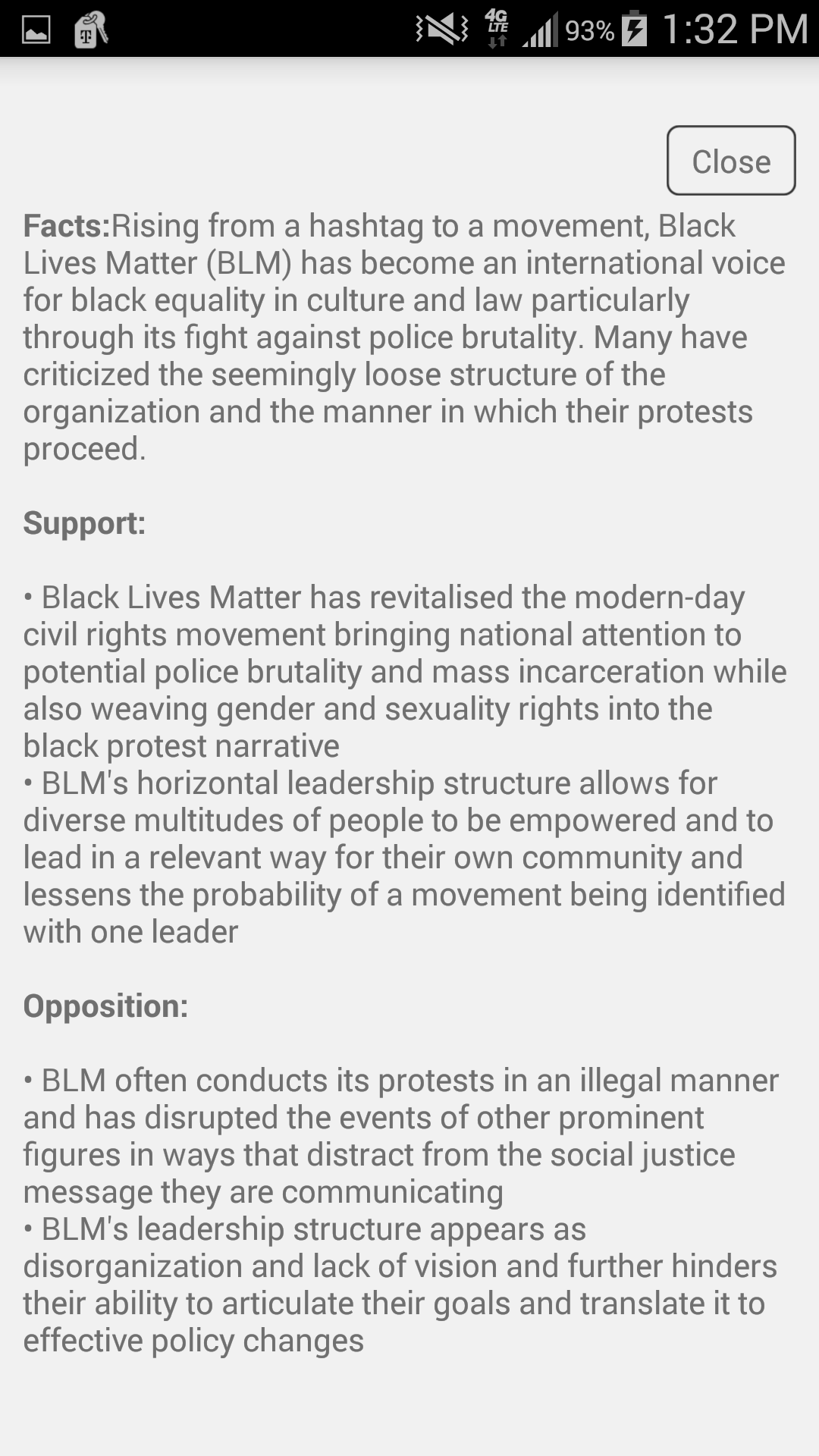 With smoother ways to discuss today’s big issues, Civic Eagle’s ‘Debate’ section is a more refined version of the engagement options Facebook and Twitter have. But Civic Eagle plans on being much more than just a place to talk about issues.

Have you registered to vote yet? Are you slacking, or don’t know how? If you’re an Eagle user, don’t worry. All users of the Eagle app have quick and easy access to voter registration! After opening the app up, simply click on your profile and tap ‘Register To Vote’ and you’re immediately taken to a registration page powered by the non-profit organization Rock the Vote. 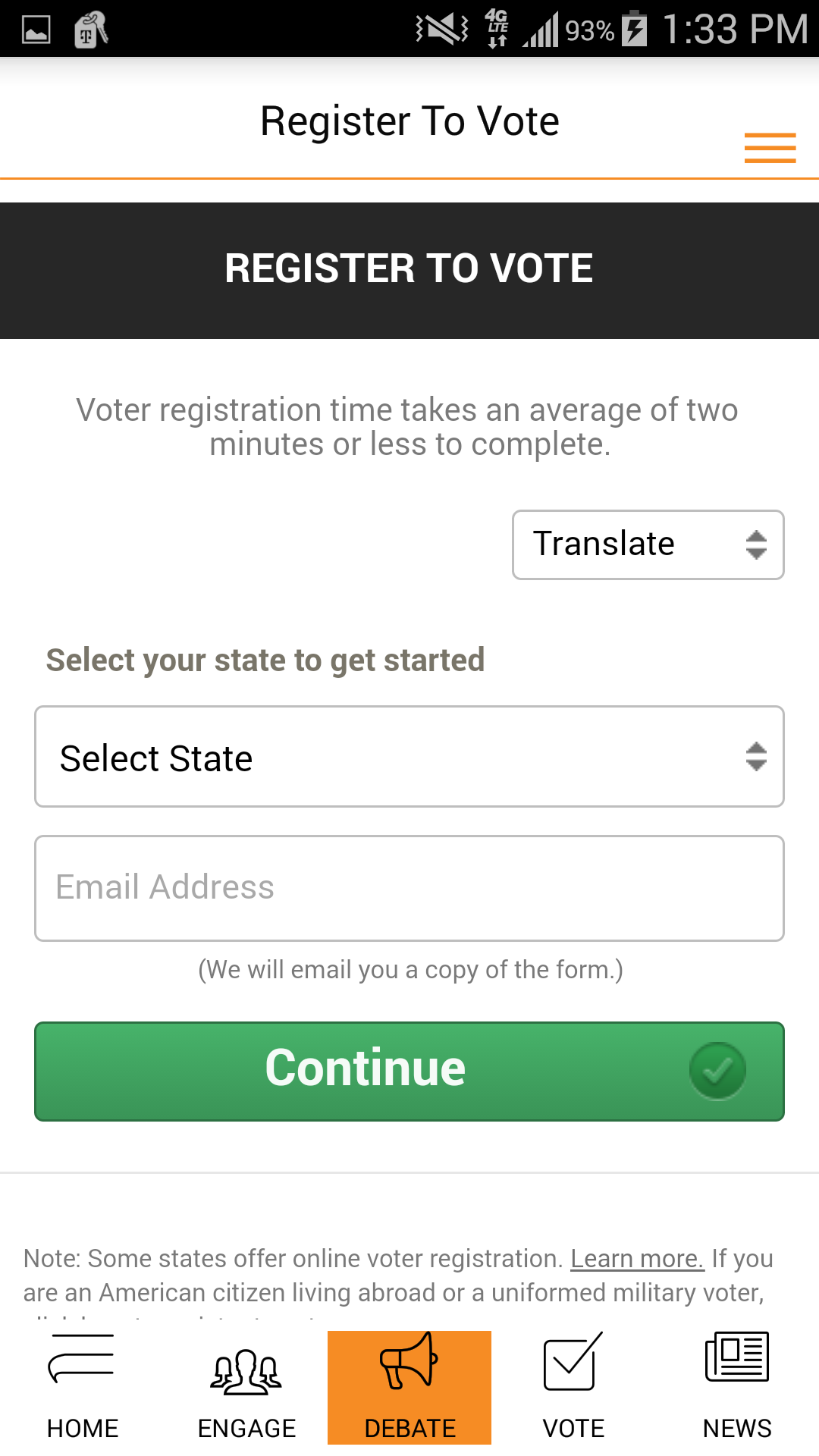 And currently in the works is a tab under the ‘Engage’ section that will allow you to read simplified versions of bills in your locale from an array of categories. Legislation that deals with sports, agriculture, economics, and many other sectors will be covered. 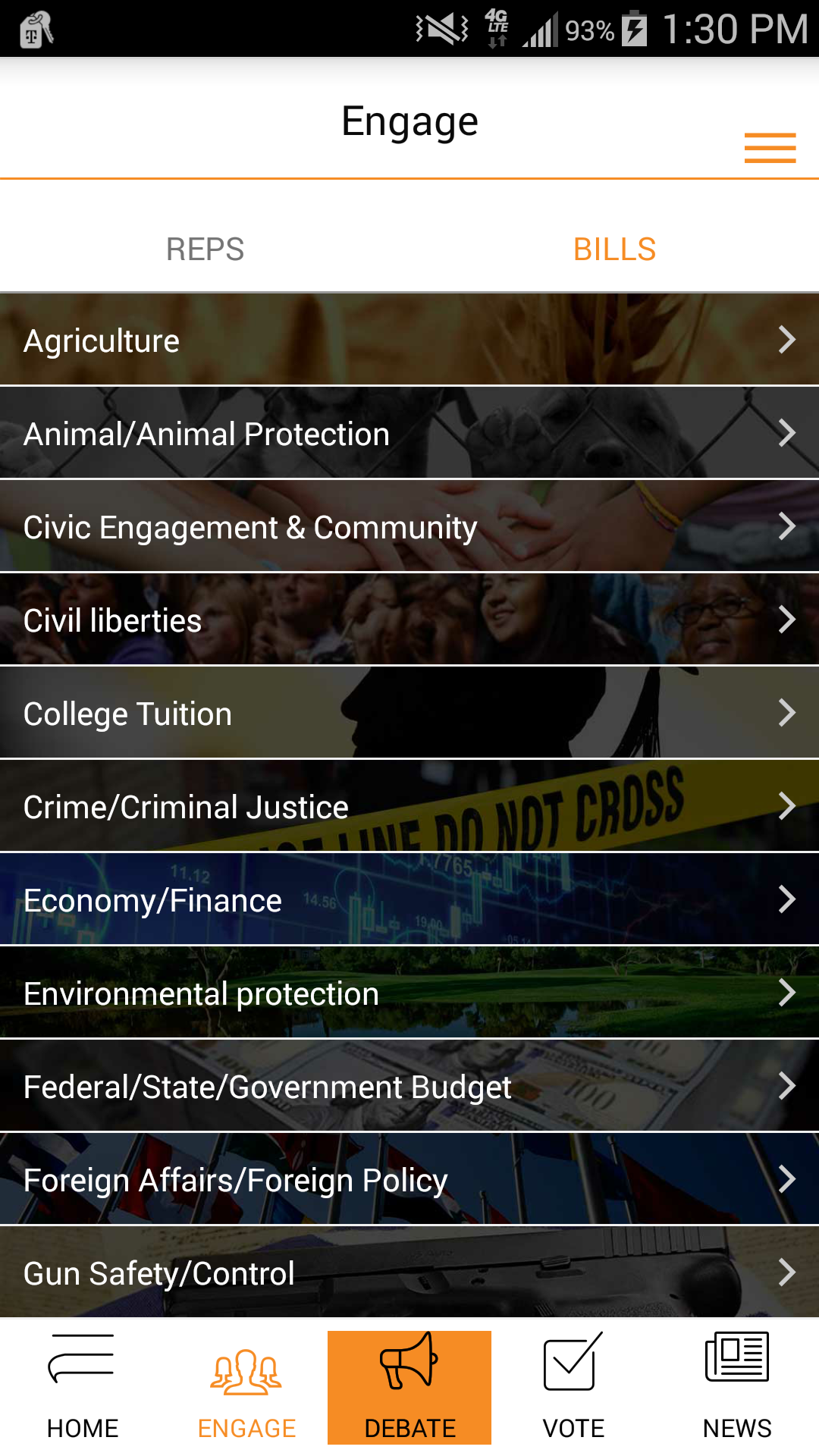 Politics don’t have to be distant and confusing. Civic Eagle is making it easier to access and understand the political realm. Half of the civic engagement battle is gaining consistent awareness of how the latest social and political issues affect you, the individual. The Eagle app is great at that, and its developments are poised to give users even more ability to influence politics on their own terms.

In other words, be heard. A simple and powerful slogan for a simple yet powerful platform.